Excursion in Rome inside the old luxury buildings 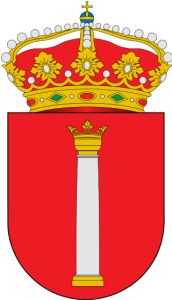 The Colonna Gallery is an enchanting place: the art collection — paintings, sculptures, frescoes — perfectly fit in with the architectural structure of the Colonna family’s Palace which contains the imposing 17th c. Gallery. It is the best example in the city of art works arrangement within spaces purposely planned to house public expositions of family collections, in order to sing the family’s praises and riches. Time here seems to have stopped to the day of the Gallery inauguration in 1703, even if a cannonball on the staircase of the Palace, crashed here because of a target mistake on the day after the proclamation of the Roman Republic (1849), is the evidence of the passing of time. Take the list of the paintings at the entrance: remember that the works’ numbering follows the alphabetical order of the. artists (Albani is the number 1 while Veronese is the number 197) and not that of the works’ arrangement. The gallery and the collection were begun by Cardinal Girolamo Colonna around the middle of the 17th c. in the pre-existent family Palace, which overlooks Sts Apostles Square and continues in the garden ascending to Quirinale Square

The splendid gallery (39×10.5×13 m) is supplemented by two cabinets on the short sides and has three wide windows; the interior continues in the back garden and in the walking leading to the 18th c. Kaffeehaus. Here there is a remarkable collection of 15th, 16th and 17th c. paintings, arranged in several rows along the walls, and there are also ancient sculptures alternated to mirrors and desks on which are Renaissance bronzes, according to the 17th c. decorative taste that tends to fill all the available spaces both horizontally and vertically. The leitmotiv of the complex is the glorification of the family through the victory of Marcantonio II Colonna at Lepanto (1571): the three vaults’ frescoes, the statues and the desks recall the glorious event in which he was the protagonist. Even if there were some changes over the centuries – the most serious was the sale of some masterpieces to help the Papacy in the indemnity of the Treaty of Tolentino (1798) – the collection retains its original arrangement. Is the entrance room, besides examples of the 15th c. Ferrara . painting, the inside windows’ shutters have landscape paintings by Gaspard Dughet, one of the favourite articfli of the Cardinal. On the wall is the fine Christ Crowned with Thorns attributed to Francesco Trevisani. In the Colonna Bellica Hall, with the family’s emblem in the middle, are some Florentine taste paintings which enrich the collection. They came to the family at the beginning of the 18th c. by marriage: among them, Venus with Cupid and a Satyr by Agnolo Bronzino, and three erotic subject paintings — covered with veils during the following century.

Of remarkable interest are the two wedding chests with the Rape of the Sabines and the Peace between the Romans and the Sabines dating from the 15′ c., always of Florentine taste, whose background is overlooked by the monuments of the ancient Rome. The vault frescoed by Giuseppe Chiari depicts Marcantonio II Colonna as “Young Hercules” (Apotheosis of Marcantonio Colonna); the central panel depicts the leader while arranging the attack from his ship’s stem (Battle of Lepanto). Steps lead down to die Great Gallery – the superb decoration of the vault was completed in 1678. The paintings of the five central panels are by Giovanni Coli and Filippo Gherardi; the decoration of the frames is by Jan Paul Schor and others, according to a typical working duties skilfulness. The four big mirrors were painted by Carlo Maratta and Mario dei Fiori: the former painted the children and the latter the flower compositions. The paintings here displayed are from the Roman School of the first half of the 17″ c.; there are two dissimilar paintings of Salvator Rosa, St John the Baptist in a Cave, an early work which can be considered a self-portrait of the artist, and the Preaching of St John the Baptist in the Desert, a late work. The vault frescoes are by Sebastiano Ricci, who prefers the white space of the sky framed by figures from the Battle of Lepanto (Allegory of the Victory of Marcantonio II Colonna at Lepanto). On the walls are the landscape paintings, one of the most noteworthy series of the collection: originally it was made up of 66 paintings; now there are about 30 by different artists, among which – the light style of Gaspard Dughet (12 paintings). On the walls there are also two rare examples of Roman caskets dating from the middle of the 17″‘ c.

The following room, entirely re-decorated over the 18″ c., houses some masterpieces, among them the Bean Eater by Annibale Carracci, the Rape of Europe by Francesco Albani and the Portrait of a Gentleman by Paolo Veronese. The Throne Room was once reserved to the Pope; now it houses two magnificent rock crystal chandeliers. The Room of the “Primitives” ends the visit: two works by Bernard van Orley depicting the Seven Joys and the Seven Sorrows of the Virgin, according to a didactic model particularly successful in Northern Europe. Moreover are fine examples of Northern Italy paintings between the15″ and 17′ c., among them Holy Family by Simone Cantarini. The private apartment adorned during the second half of the 18″ c. can be visited by request.