Car tours in Tuscany from Rome with private guide and car 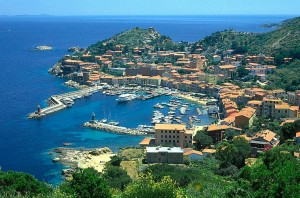 The largest of the Tuscan islands after Elba, GIGLIO is visited by an ever-increasing number of foreign tourists and is . popular with Romans that in high season there’s standing room only on the boats. Yet it’s well worth making the effort to stay on this fabulous island. The rush is fairly short-lived, most visitors are day-trippers, and few of them explore the tracks acr6ig tliaiispoilt interior, a mix of barren rock and reforest-ed upland. The island is rich in fauna such as peregrine falcons, mouflon, kestrels and buzzards, and in wild flowers too — this is the only place outside North Africa to shel-ter wild mustard, and the sole spot in Tuscany to support the yellow flowers of artemisia. 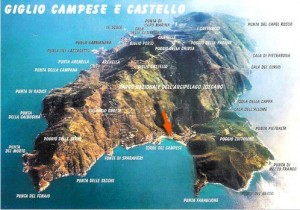 The island derives its name not from giglio Oily), but from the Roman colon Aegilium, in its day a resort for the rich and famous, a function it continued to fulfil throughout most of the Middle Ages. Gnite qu’irries kept the economy buoyant, and Giglio stone was used to construct many rg.dieval churches. Later, pirate incursions took the edge off its appeal, despite the miraculous defensive power of St Mamiliano’s right arm, a relic hacked from a sixth-century Sicilian bishop exiled on the island of Montecristo. The limb proved effective when waved at Tunisian pirates in 1799, but less no on other occasions notably in 1534, when Barbarossa carried oft most of the island’s population.

Giglio’s mild climate, unspoilt nature and crystal clear, emerald coloured waters, offer unforgettable holidays all year round. Head for the sandy beaches and beautiful coves if you want to relax, go for the incredibly rich underwater world if you’re into diving, or take one of the numerous hiking paths and explore the uncontaminated countryside of the Isola del Giglio.