The Appian Way (Latin and Italian: Via Appia) was one of the earliest and strategically most important Roman roads of the ancient republic. It connected Rome to Brindisi, in southeast Italy. Its importance is indicated by its common name, recorded by Statius:

Appia longarum… regina viarum
“the Appian Way the queen of the long roads”
The road is named after Appius Claudius Caecus, the Roman censor who began and completed the first section as a military road to the south in 312 BC during the Samnite Wars. 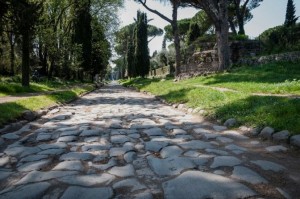 The origins of  Via Latina are remote and already formed by Nature. The road was used by the Etruscans to colonise Campania and was definitely traced back to the 4th and 3rd centuries BC. It repre-sented an alternative to the Via Appia, since, like the “Regina Viarum”, Via Latina reached Ca-pua, touching the valleys of the Liri and of the Sacco. The pre-sent route follows the Roman one. Along the way there were to be found funeral monuments, patrician villas and catacombs almost completely lost because of the heavy ur-ban expansion undertaken during the 14th cen-tury, in the tract that joined Rome to Anagni. The city gate at the start of the road retains the original architectonic features.

Via Appia VIDEO by Franco Buttiglieri 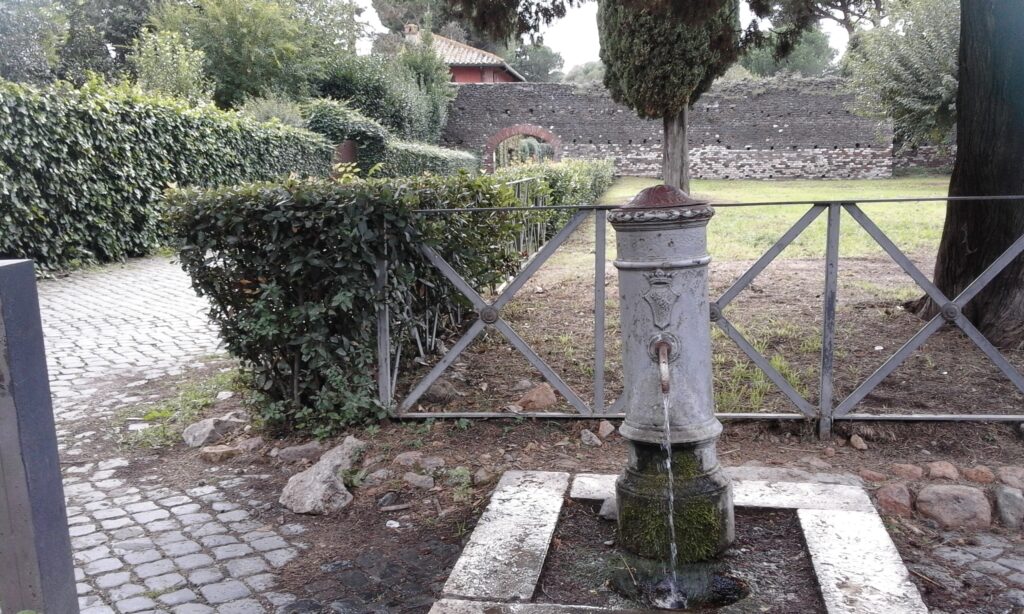 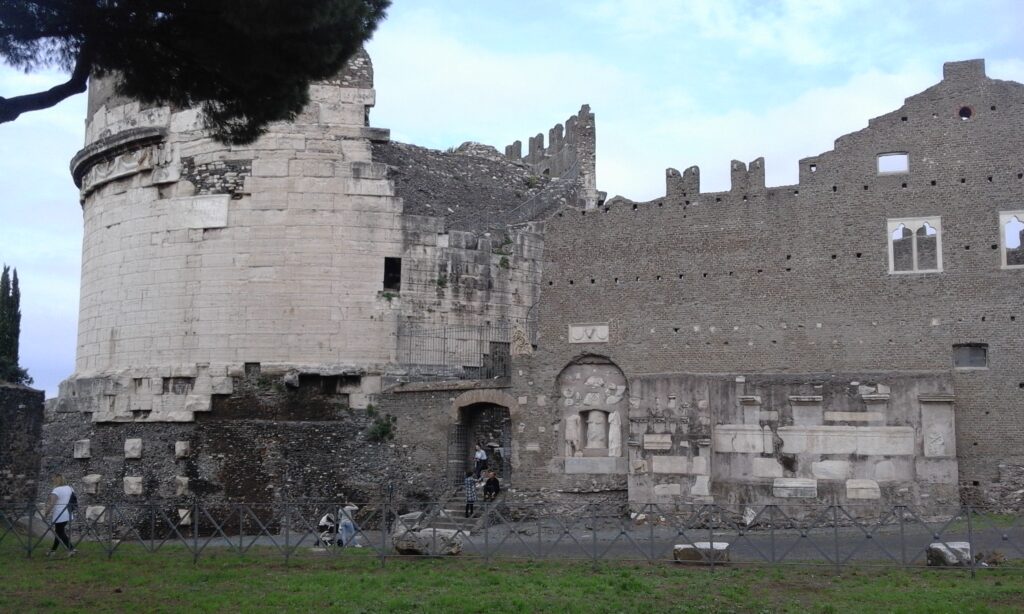 The small chapel near the Latina Gate dates back to the 5th century AD. And was built on the site where tradition has it that St. John the Evangelist was immersed in a container of boiling oil, a terrible trial that miraculously did not kill the saint. The building was renovated by Baldassare Peruzzi or Antonio da San-gallo at the beginning of the 1500s. Borromini’s work, commis-sioned by Cardinal Francesco Paulucci was carried out in 1658 and was limited to the tambour to which the artist added a high frieze.

There is a Gothic-style motif with palms and rose windows in pairs on the conical cap. In 1716, the interior was decorated by Lazzaro Baldi, a student of Pietro da Cortona. 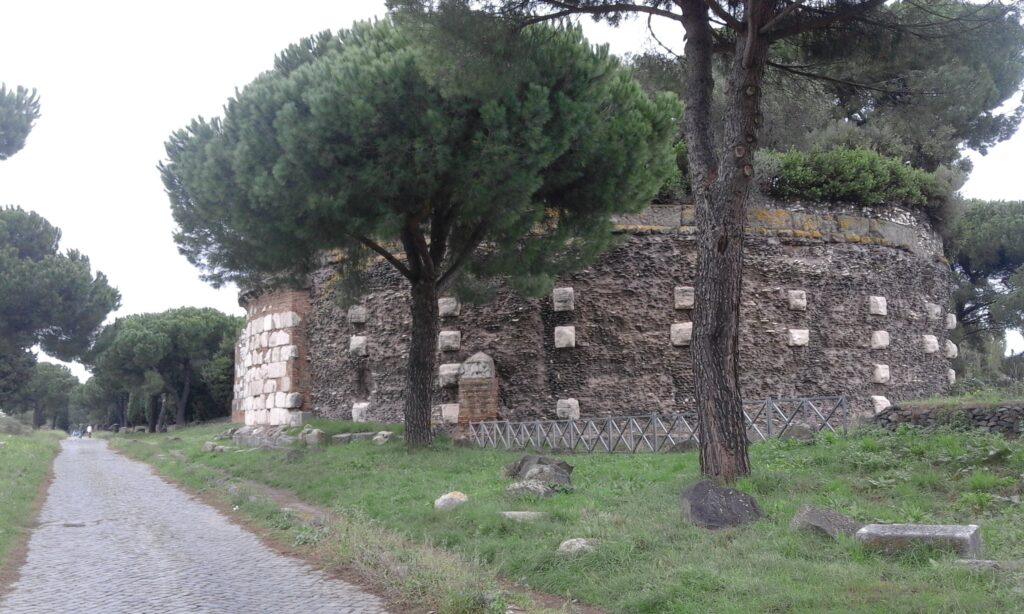 The catacombs of Saint Callixtus – Rome with private guide