ARA PACIS MUSEUM Lungorevere in Augusta Open every day except Monday 9 am-7 pm The Museum was inaugurated in 2006 after the enclosure was completed to protect the altar that had been consecrated by Augustus in the year 13 BC to honor the long sought-after Roman peace, finally achieved. Discovered at the beginning of the twentieth century under a small palace on Via in Lucina, along Via Lata, the altar of Augustus was a setting for Fascist celebrations during the 1930’s, and had been enclosed in a simple and elegantly functional glass enclosure designed by /vlorpurgo in 1938. 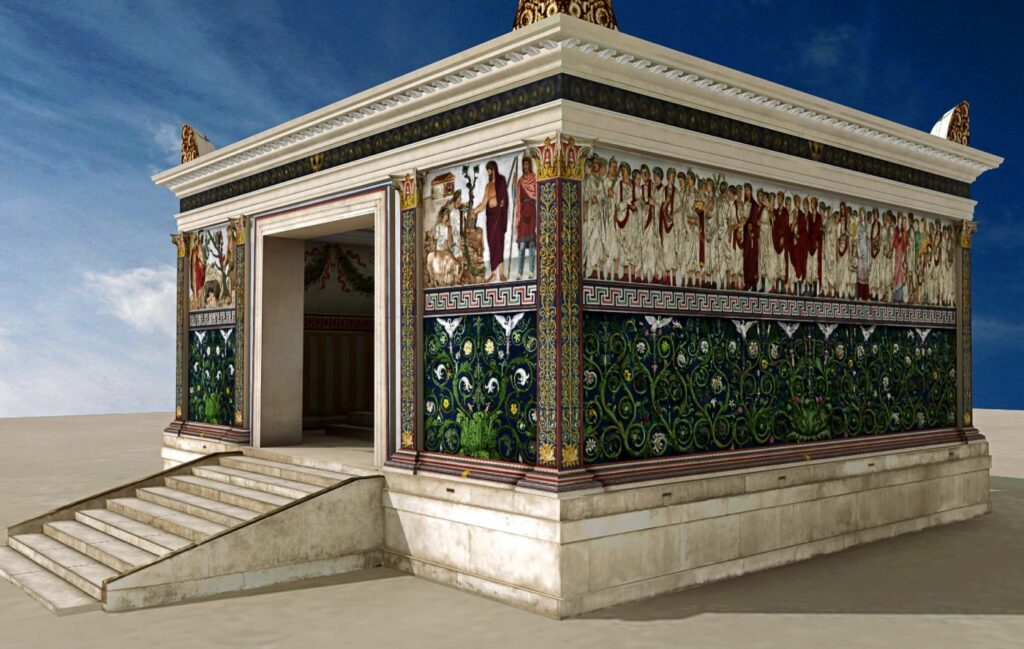 After demolition of the old enclosure, architects Richard Meier & Partners rapidly built a much more important and ambitious structure, which spurred urban renewal of the whole area from Piazza Augusto Imperatore to the Cavour bridge. The wisdom of replacing the Rationalist showcase with a new construction in the heart of the city prompted a heated debate between those who called the new structure a “Texan gasoline pump in the heart of one of the most important and historical cities in the world” (Sgarbi) and those who enthusiastically welcomed the first important urban project in the city since the Fascist era. By returning to Giuseppe Valadier’s Trident project (three rays originating in Piazzale Flaminio), Meier lengthened the swath of Via di Ripetta to the Cavour bridge and created a continuous background to close the square in front. The river bank should become an area for pedestrians only as should the square, where the neglected Mausoleum of Augustus is surrounded by buildings of the Fascist era. Ignore the ugly casts of the imperial family to the left in the ample entrance hall and the family tree to the right, to focus on the model of the Altar which illustrates its position in imperial Rome. The lack of explanatory panels combined with the emphasis on the family genealogy of the Augustan dynasty is disconcerting. However, it is not an omission, but the result of a precise strategy. 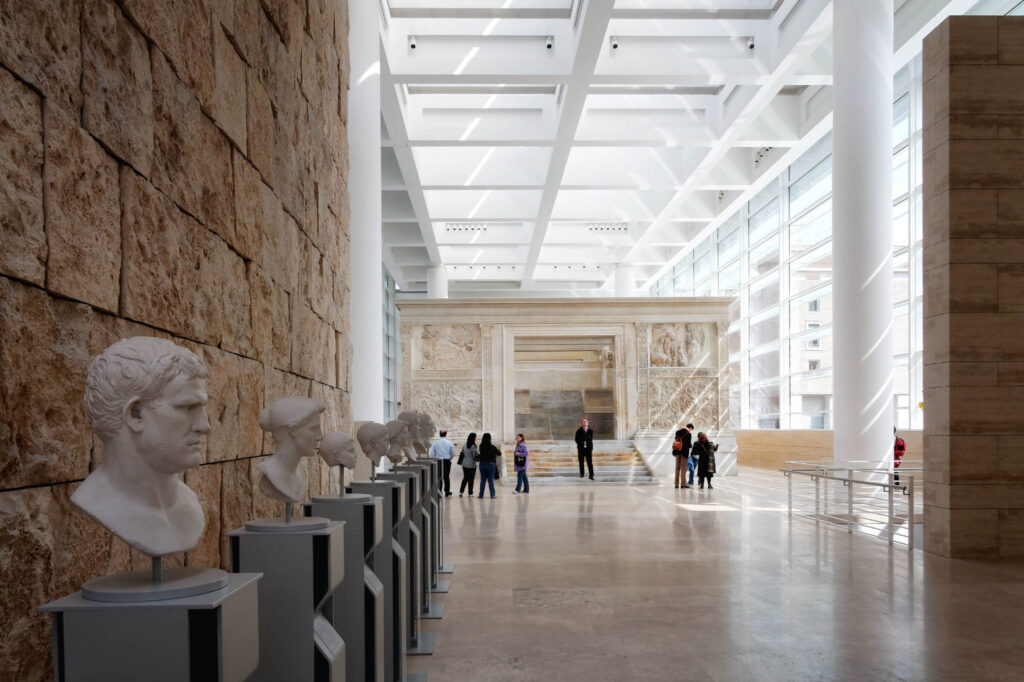 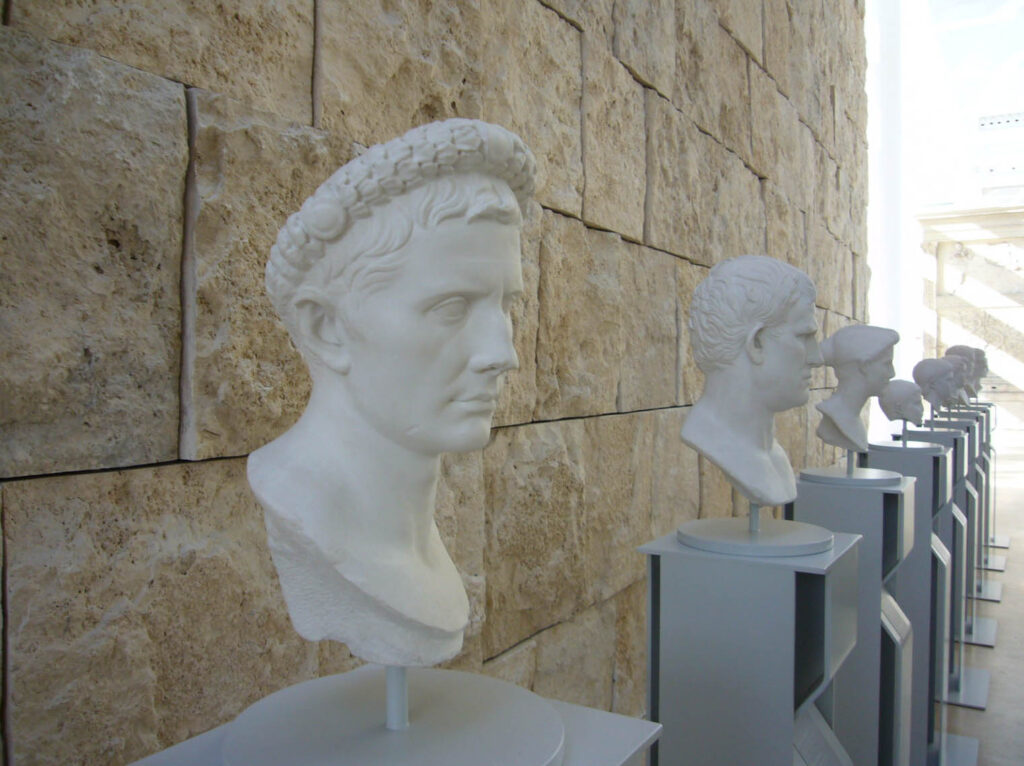 At the entrance level visitors are free to explore the monument on their own: it consists of a sacrificial table surrounded by a enclosure decorated with sculpture in relief On the lower storey, the history and artistic qualities of the altar are the subject of an excellent presentation which ranges from its foundation to today. A computer program makes it possible to play with a virtual color image of the altar in movement. The altar is famous for its sculpted enclosure with the succession of portraits of the Augustan dynasty and, on the upper level to the right and the left, the images of imperial ceremonies which reflect the hierarchy of that society. Most of these portraits, including Augustus himself, have been identified, as may be seen on the model downstairs. However, the greatest artistic value is to be found in the luxuriant frieze of vegetal motifs on the lower level, a symbol of peace accompanied by prosperity. 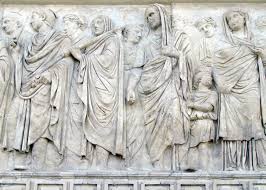 The frieze, which does include much restored work in plaster, was very finely sculpted in the style of Alexandria and represents a very rich vein of compositional creativity, from the heart of the acanthus motif to the myriad of common plants inhabited by small animals and birds, of which the lower level seems to present an entire catalogue. On the short sides there are four large scenes in honor of Rome: toward the entry (west side) the nursing of Romulus and Remus and Aeneas offering a sacrifice to the Penates; on the back (east side) the goddess of Rome and Tellus or Venus, the ideal founder of the Augustan dynasty