The Municipal Antiquarium rises on the green area on the slopes of the Coelian Hill, where originally was the “public walk” of the Romans designed by Gaspare Salvi (1835). The Antiquarium was inaugurated in 1929, and here were housed the materials coming from the 19th and 20th c. deep excavations (after 1870 and in-between the ’20s and ’30s of the 20th c.). Closed because of the collapse of the building which it occupied, the Antiquarium will probably move to the Casino del Salvi (former Kaffiehaus) and to the former-gym of the Opera Balilla (1930). 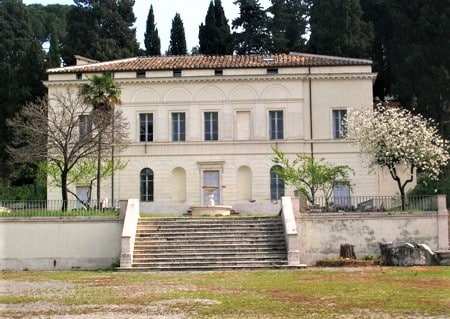