The ancient arc sculptures contained in the former Montemartini thermoelectric power station — built in the first half of the last century — come from the Capitoline Museums collections. They were temporarily placed in the industrial archaeology building, nearby St Paul Gate and Cestia Pyramid, following the restoration works of the Capitoline complex, but now are here permanently. This new salt of the power station as a dAcsical art museum is part of the restoration plans of the industrial area at Ostiense, destined to become in the following years a new cultural place in the South of Rome, with a university and a “City of Science and Technique”. 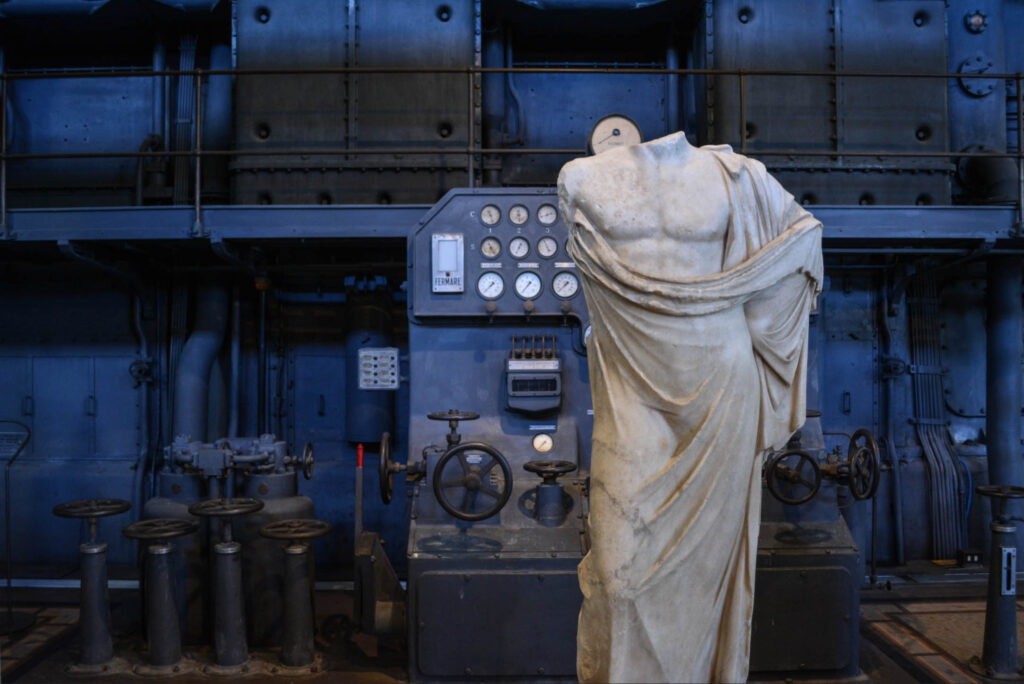 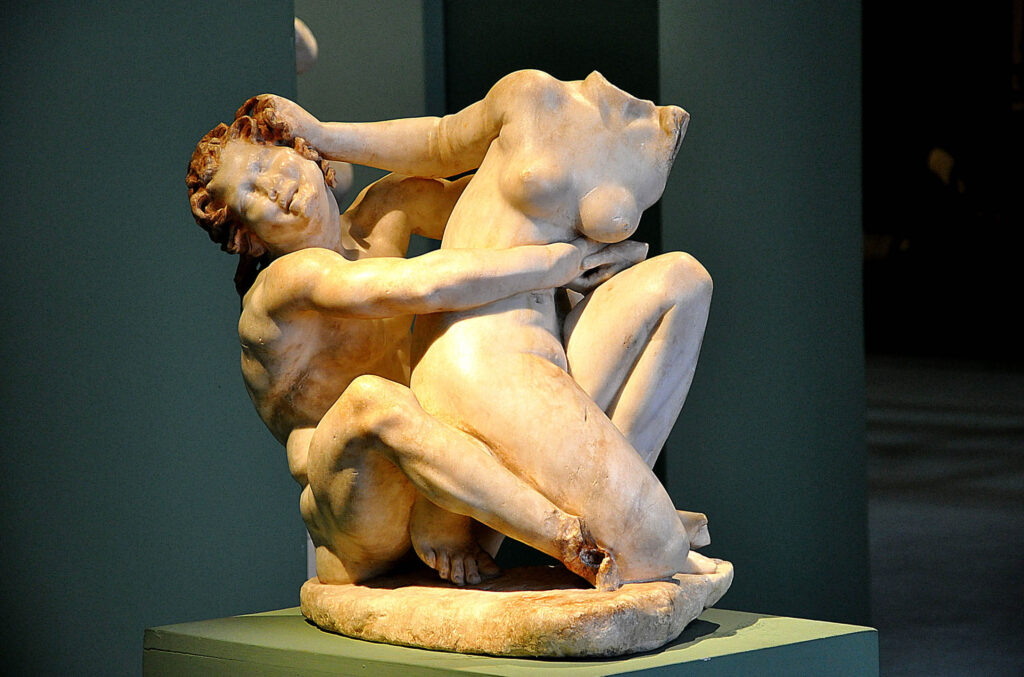 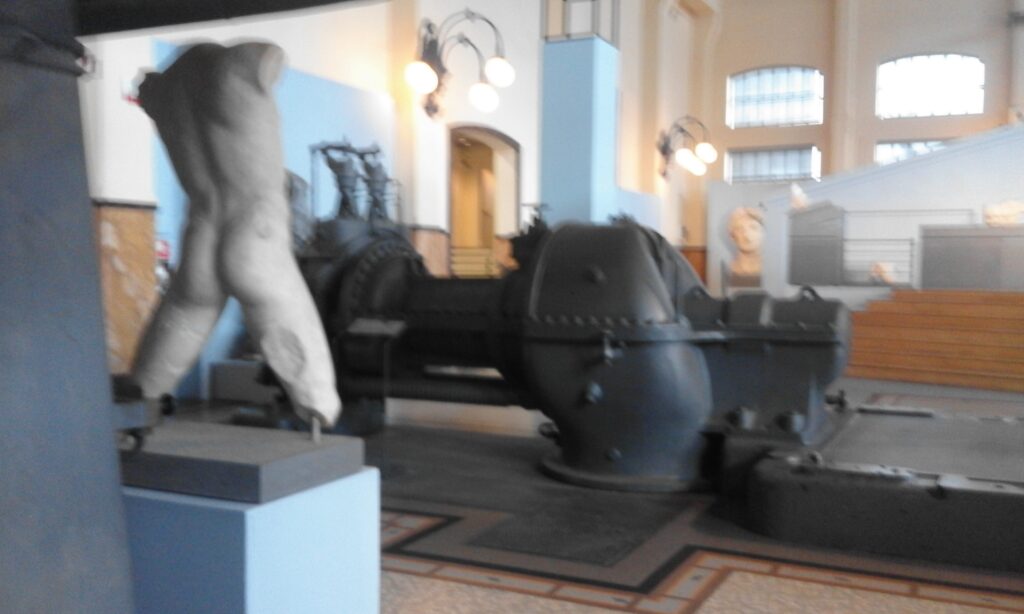 The unused spaces of the thermoelectric power station contain about 400 sculptures which trace the history of the Roman art from Servius Tullius’ period to the late-ancient era, and some rare and magnificent examples of Greek sculpture. The arrangement of the ancient sculptures within the Art Nouveau spaces of the building creates a very good sensation, and the contrast between so different archaeological materials makes the arrangement very interesting. The contrast between the brightness of the marble and the greyness of the machinery, the combination of beautiful ancient sculptures with the engines of the early 20th c., the wideness of the expositive spaces and the monumentality of the industrial ones, make the Montemartini Power Station the right place for those looking for a trace of contemporary arrangement in the city ancient collections. The archaeological collections here housed come from the last excavations made in Rome for the massive planning restoration of the city between the end of the 19th c. and the beginning of the 20″ c. The 19’h c. excavations in the suburban 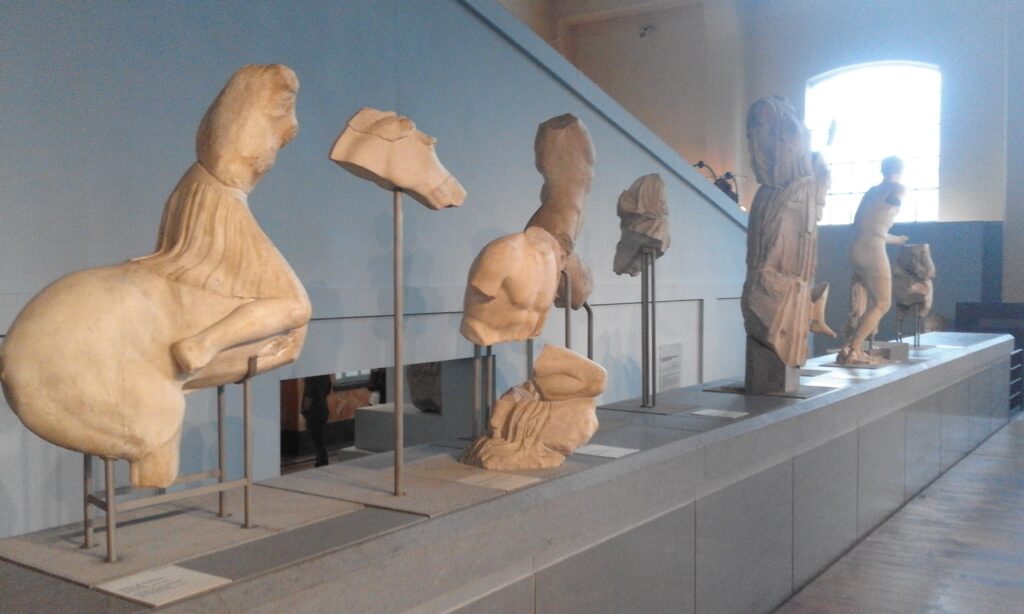 areas of the city (Esquiline, Quirinal, Viminal) brought to light complete monumental materials which adorned the suburban imperial Villas during the Augustan age, the horti in the suburban green areas which would become the new quarters of Rome capital of Italy following the achievement of the Italian unity (1860-70) (Horti of Maecenas on the Esquiline Hill, Horti of Sallust on the Quirinal, Horti Lamiani on the Esquiline Hill). In addiction to these materials, there are the sculptures found during the excavations in the ’30s, on and around the Capitoline Hill which would lead to the construction of Via dei Fori Imperiali and to the isolation of the area of the Argentina Theatre and the Theatre of Marcellus from the urban area. 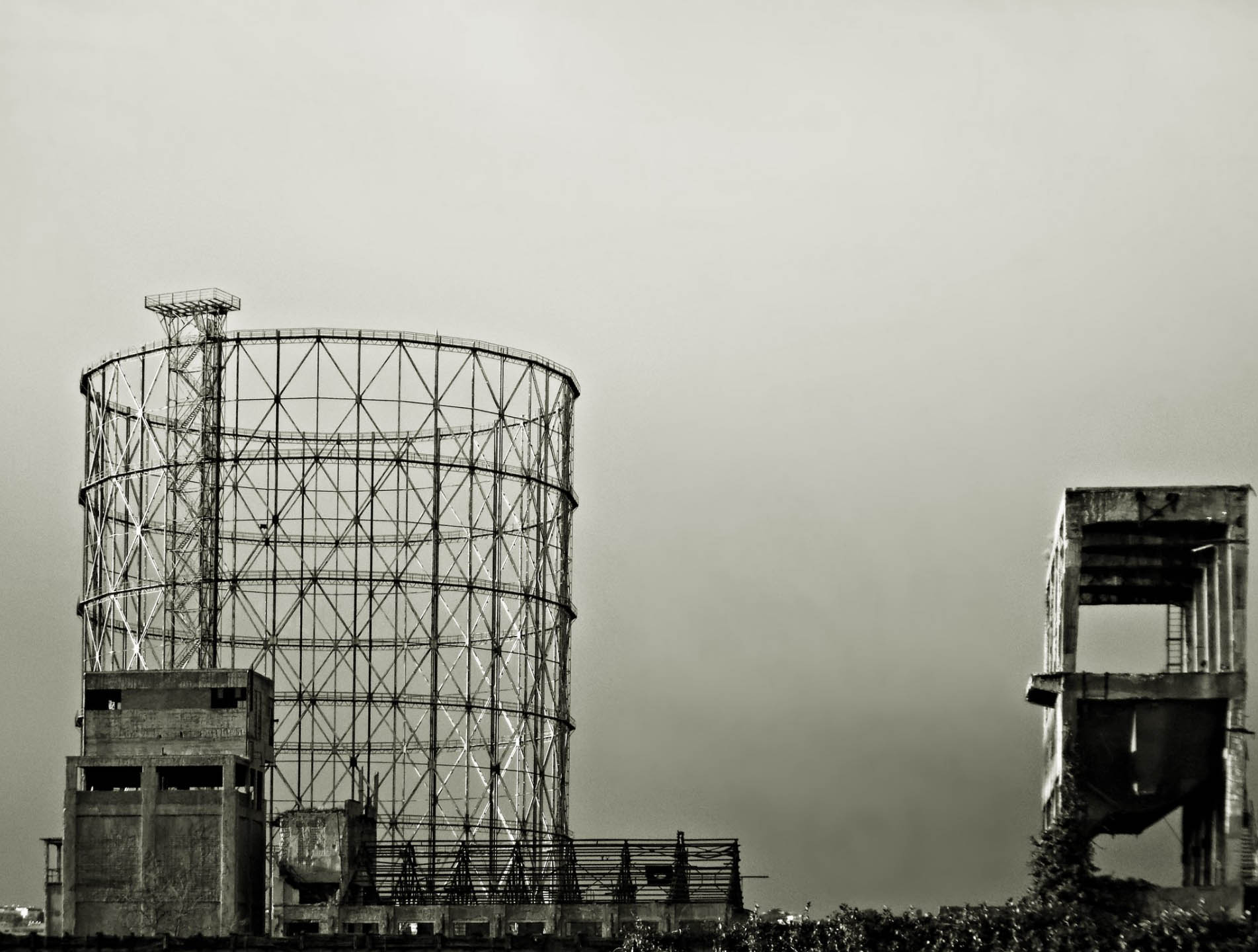 On the ground floor, some panels illustrate the history of the Montemartini Power Station and the industrialization process of the Ostiense area; next to huge work tools are the first examples of Classical sculpture and fine Hellenistic handmade articles: among them a bed with bronze fittings decorated with Dionysian themes (1s c. B.C. — lac A.D.). The itinerary ends with a splendid sea theme mosaic which strikes for the able naturalism. A long series of imperial busts of the republican era characterized by very accurate portrayal of the subjects’ features: note the small head of Caesar. On the first floor, the wide area of the Engines Room is overlooked by two huge diesel engines that divide the space into three naves. Here are arranged the sculptures coming from the archaeological excavations of the ’30s of the 20th c. and the sculptures belonging to the Temple of Apollo Medicus nearby the Theatre of Marcellus restored by Gaius Sosius during the Augustan age (hence the Temple of Apollo Sosianus). The sculptures are 5th c. B.C. Greek originals and belonged to a temple probably erected in Athenian territory. The fine reproduction of the motion of Heracles and Theseus’ battle against the Amazons under the superintendence of Athena is a rare • example in Rome of the formal sensibility acquired by the Classical era Greek artists. On the top floor, the Boilers Room is dominated by the big dark coloured boiler – 15 m high – and the visitor is welcomed by a magnificent “serpentine-moschinato” marble dog and other imposing and realistic animal sculptures. 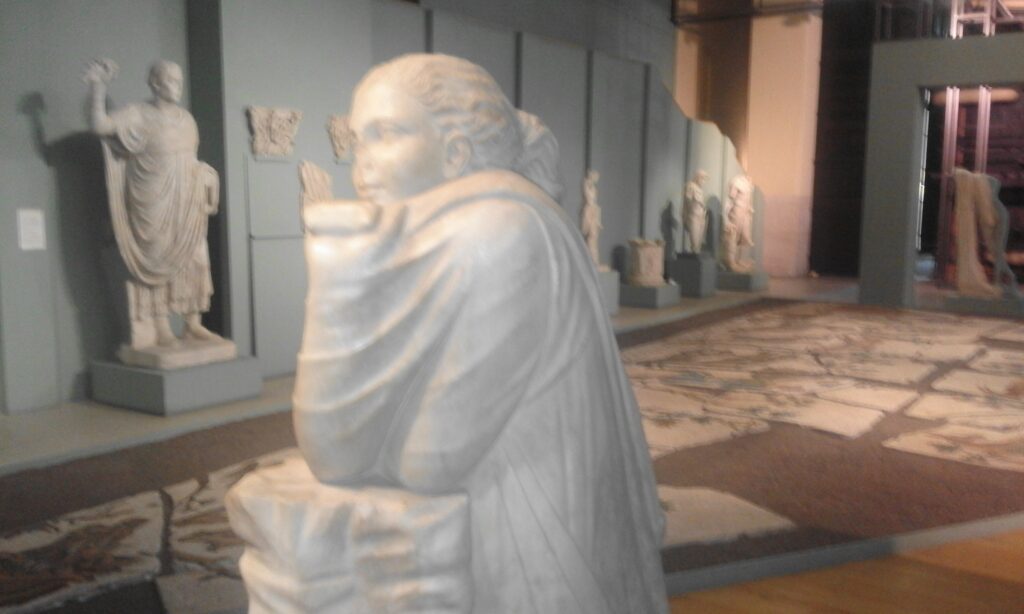 The room fitting out is overlooked by the figure of the Musa Polimnia looking ahead while resting the chin cupped in her hand, hidden by a veil: the Antonine age Roman sculptor drew on a 2nd c. B.C. Greek model by Philiskos from Rodi which caught a glimpse of the wrist and the fingers through the subtle cloth, with a rare ability and sensibility. The theme of the veil which covers the body but does not hide it completely was largely diffused in the ancient sculpture, but was scarcely successful; in the Polimnia instead the artist shows a perfect technique and the good state of the statue, which in the past was in an underground shaft, makes it one of the most precious examples. 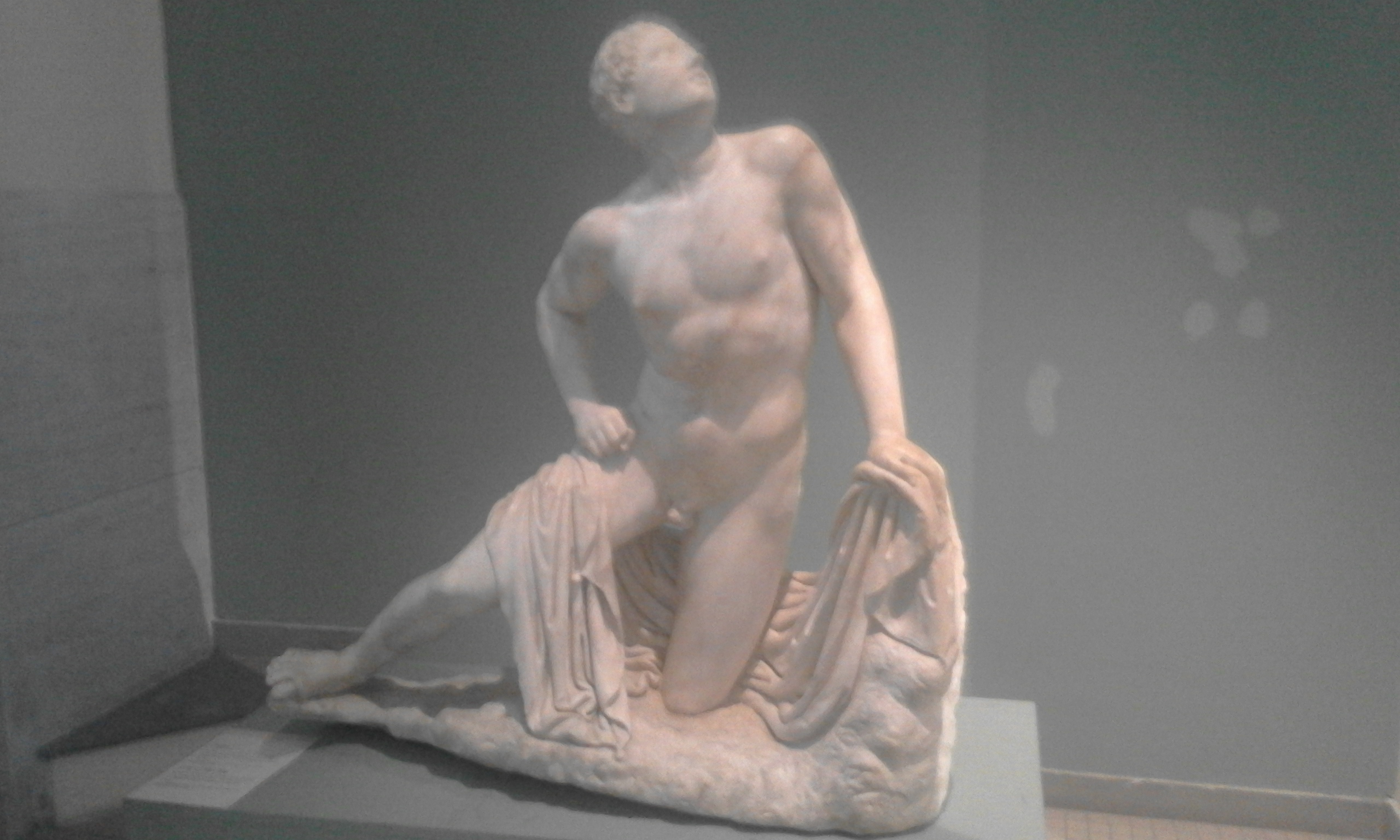 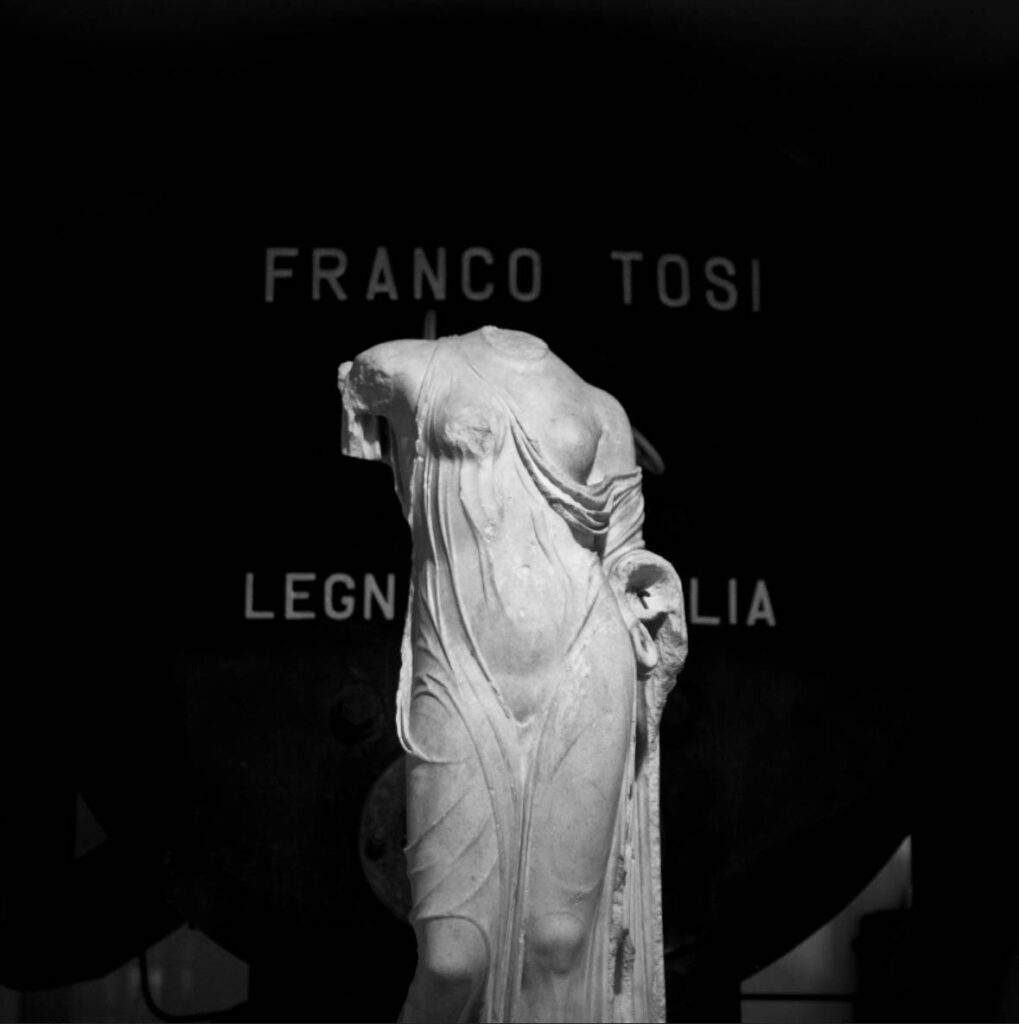 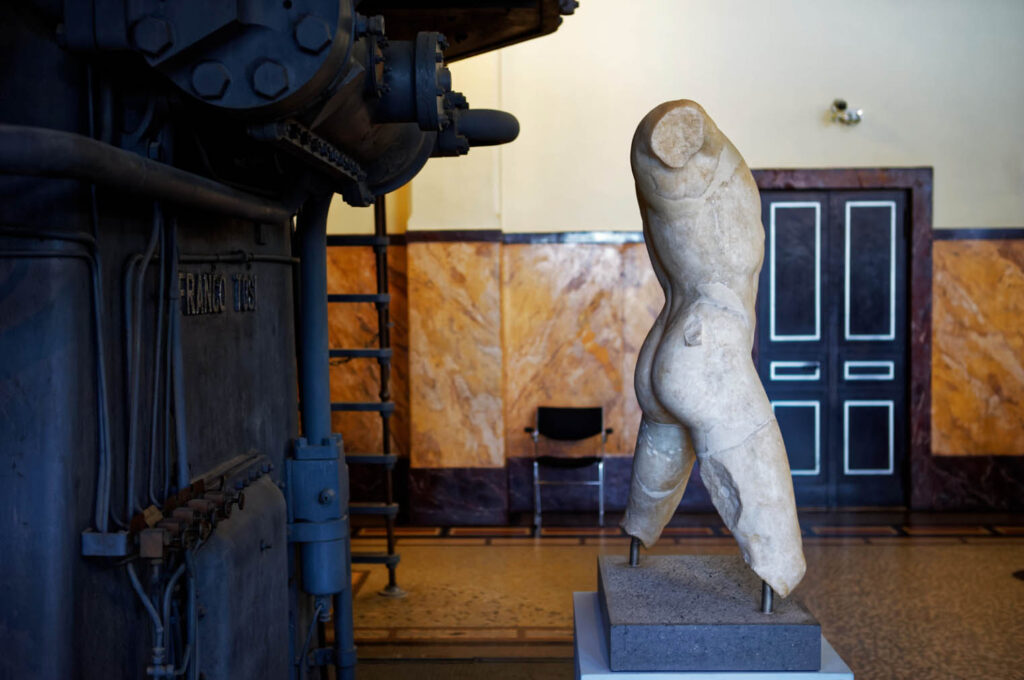 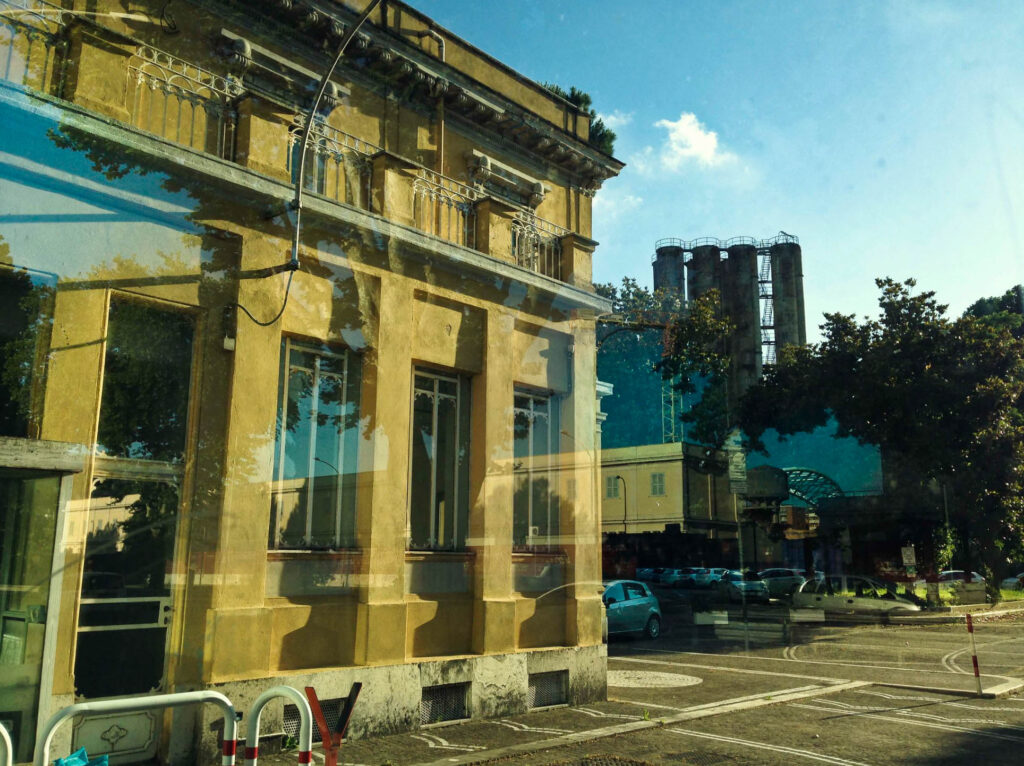 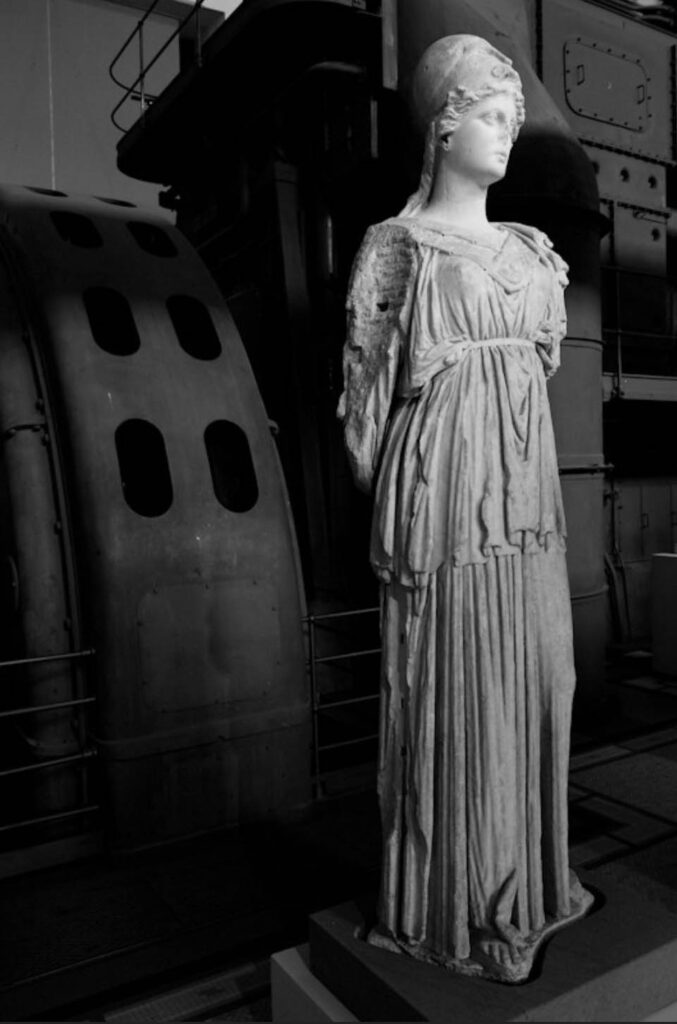 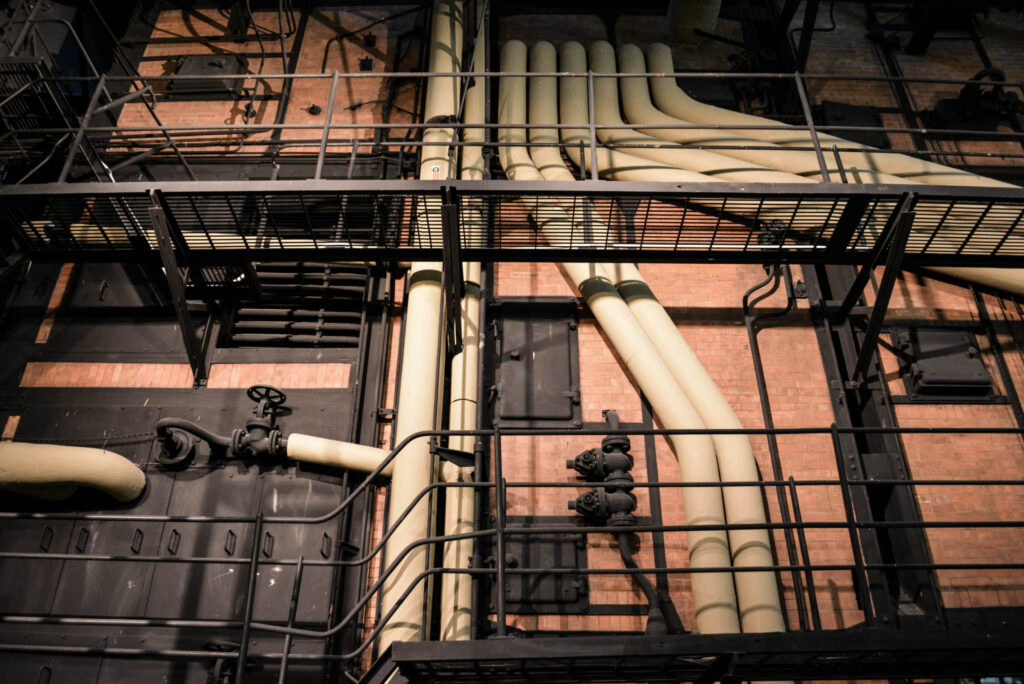 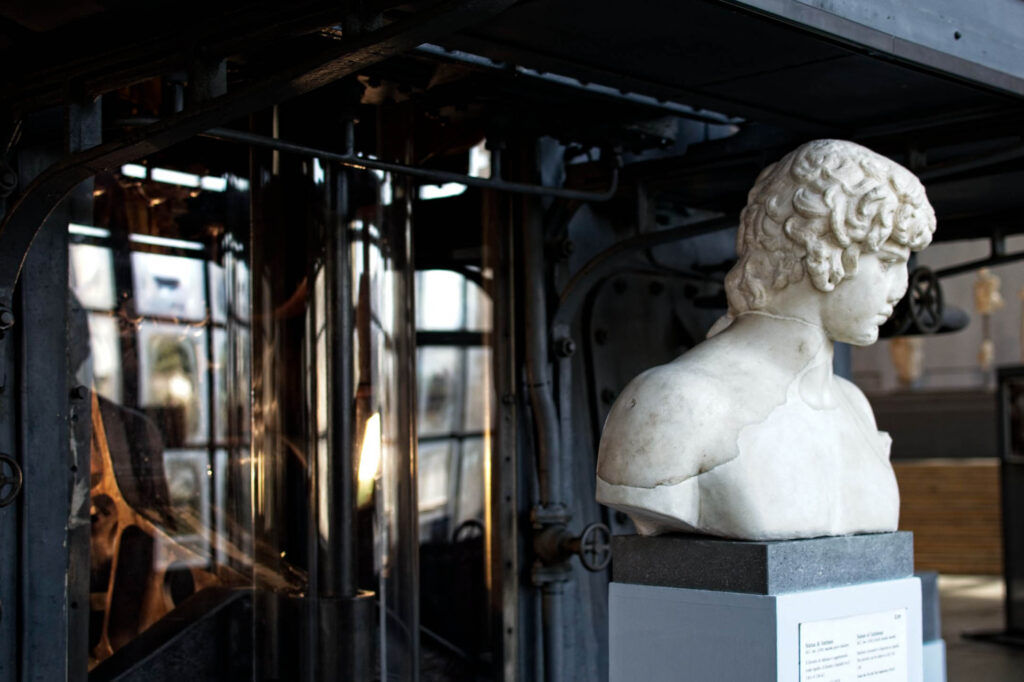 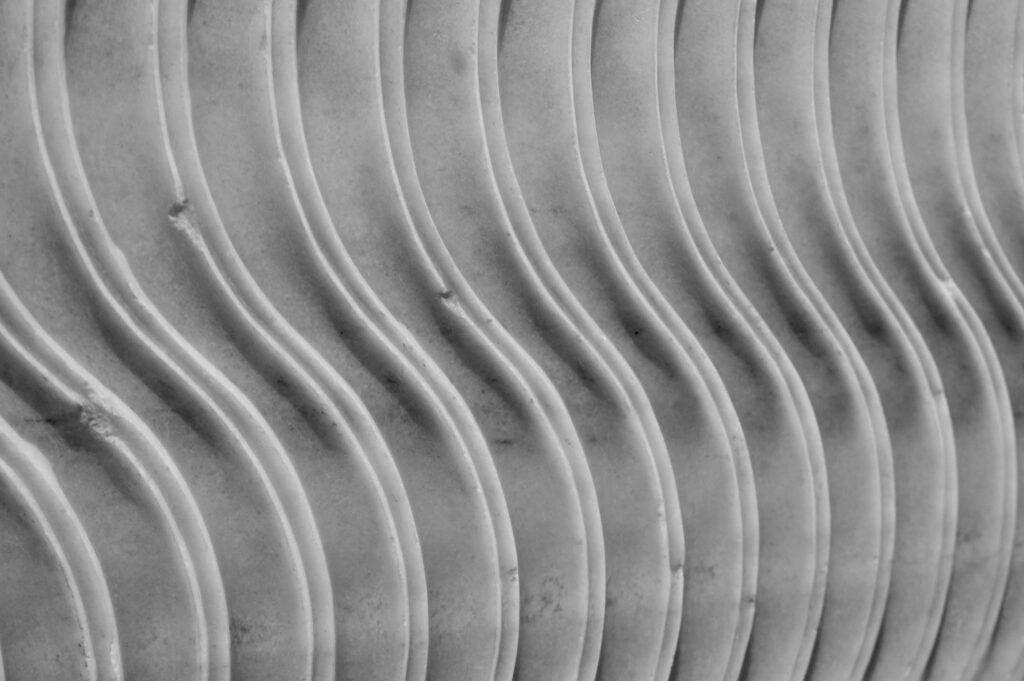 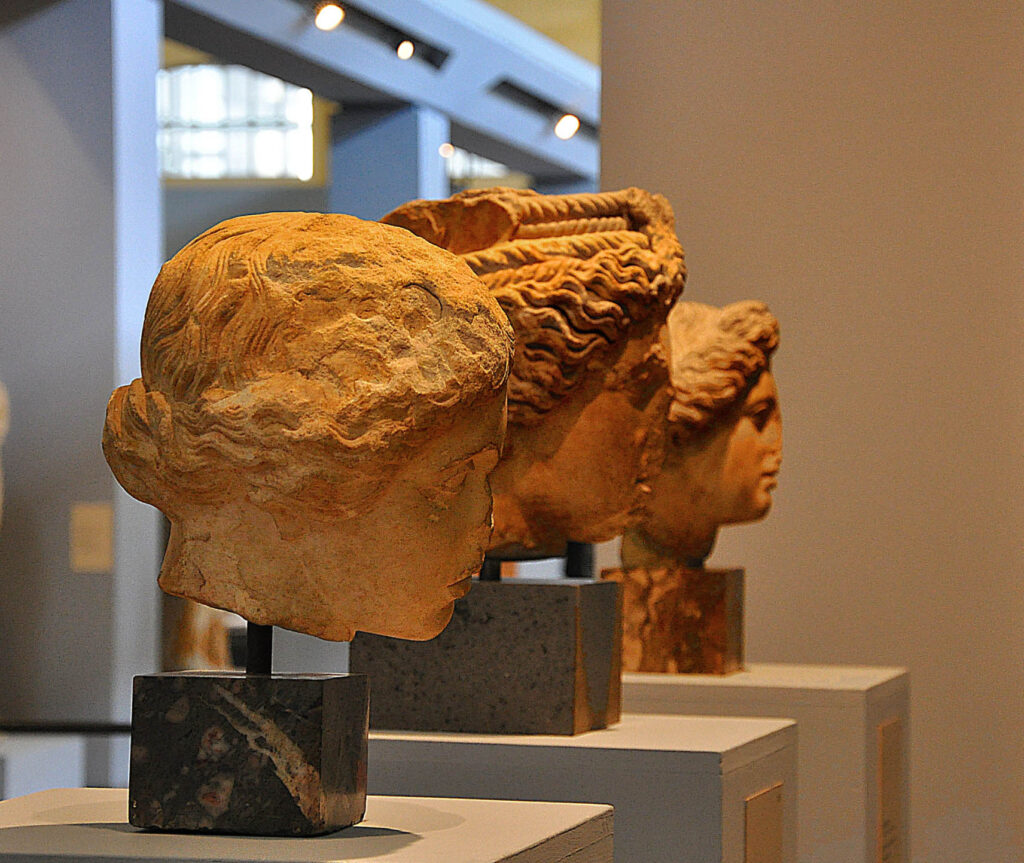 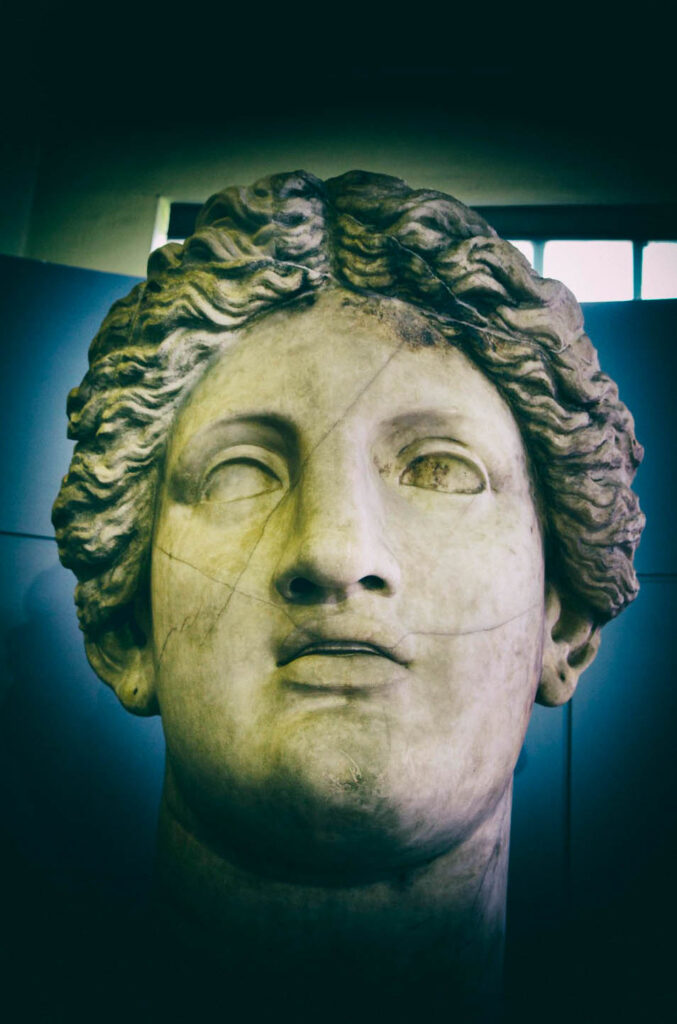 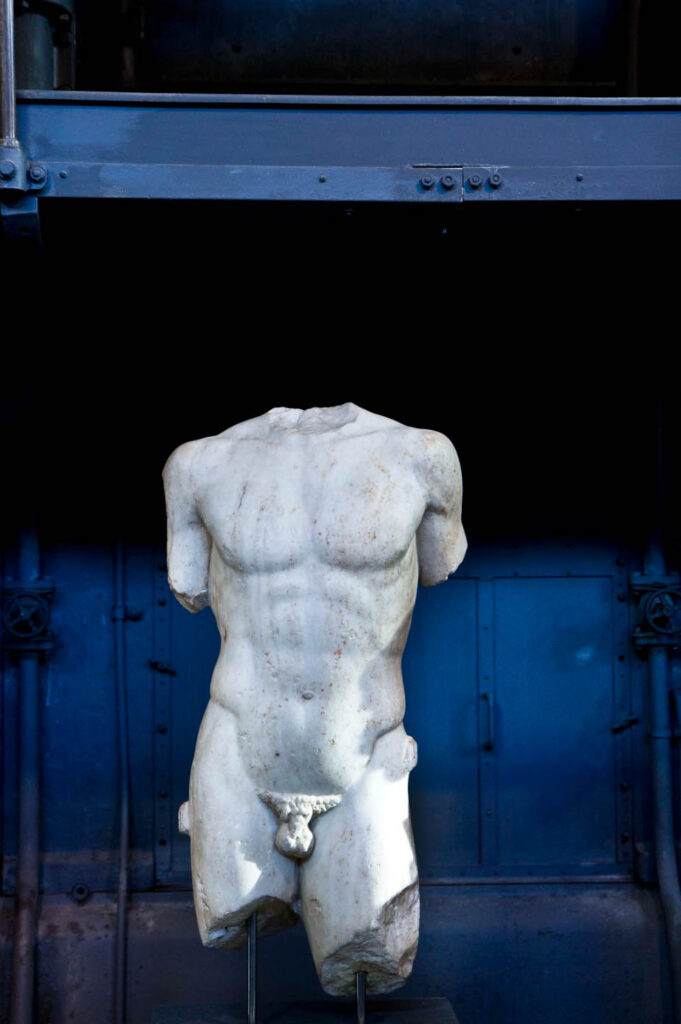 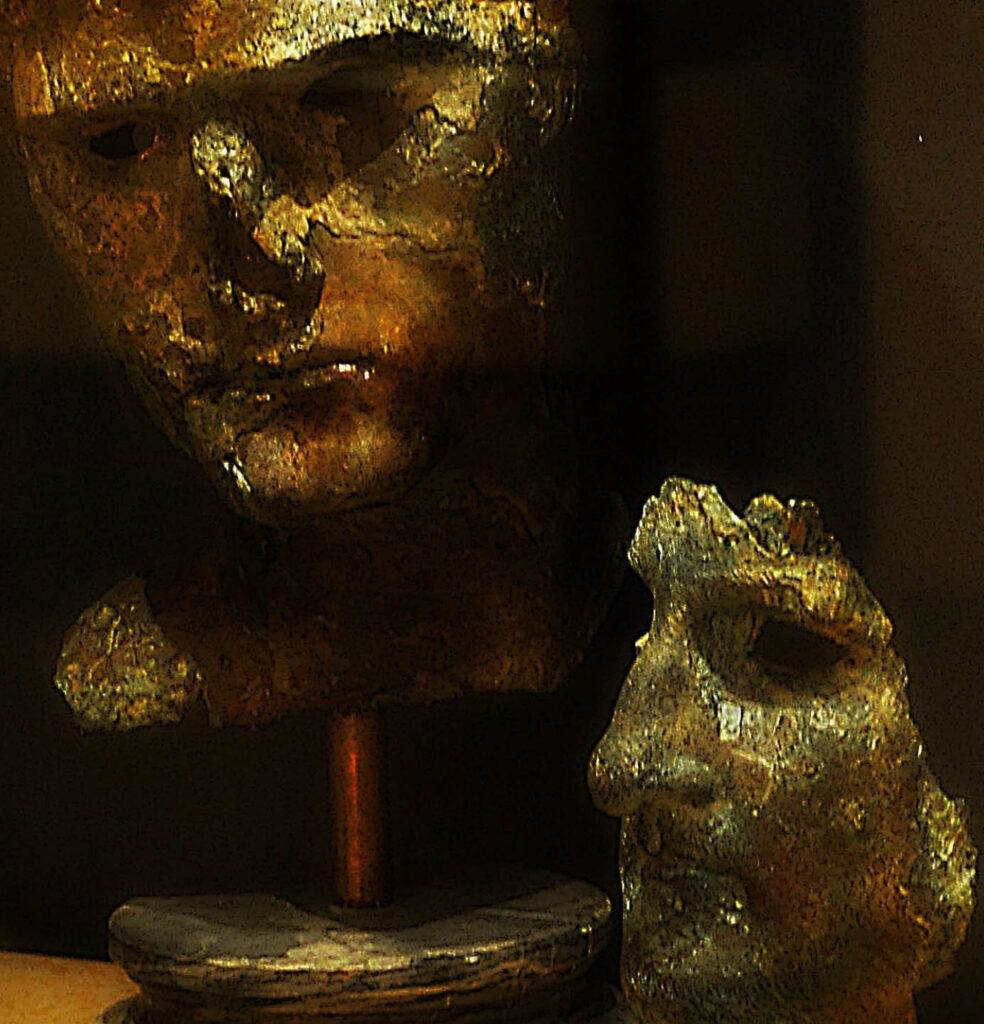 CAR TOURS OF ROME and AROUND ROME – RUSRIM.COM

ROME CAR TOURS WITH DRIVER GUIDE
Small group tours in minivans ensuring the highest level of comfort. Our vehicles are fully equipped with all the options required for  long trips, including air conditioning.
An English speaking private guide will be at your disposal for the whole day and will arrange the most satisfactory tour with you.