This basilica was built bylli” the ninth century: the peak doister in the right wingofr added between the end of& 13th centuries; as early as 15 began to be the object dam operations up to the most sa executed at the will don& Acquaviva. The monument’ attributed to Ferdinando F. The portico in front of thei retouched during the 18dt ancient columns. the origin’ mosaic decorations, tombs. Fragments. Inside there are three nave= as lowered barrel vault ten: is separated from the side al incorporate the ancient calm by Arnollo di Cambio 11ZE the presbytery is a true nun architecture and sculpt-um sautes. Saint Cecilia by Sod portrayed in the as of ream vsenhy of admiration. 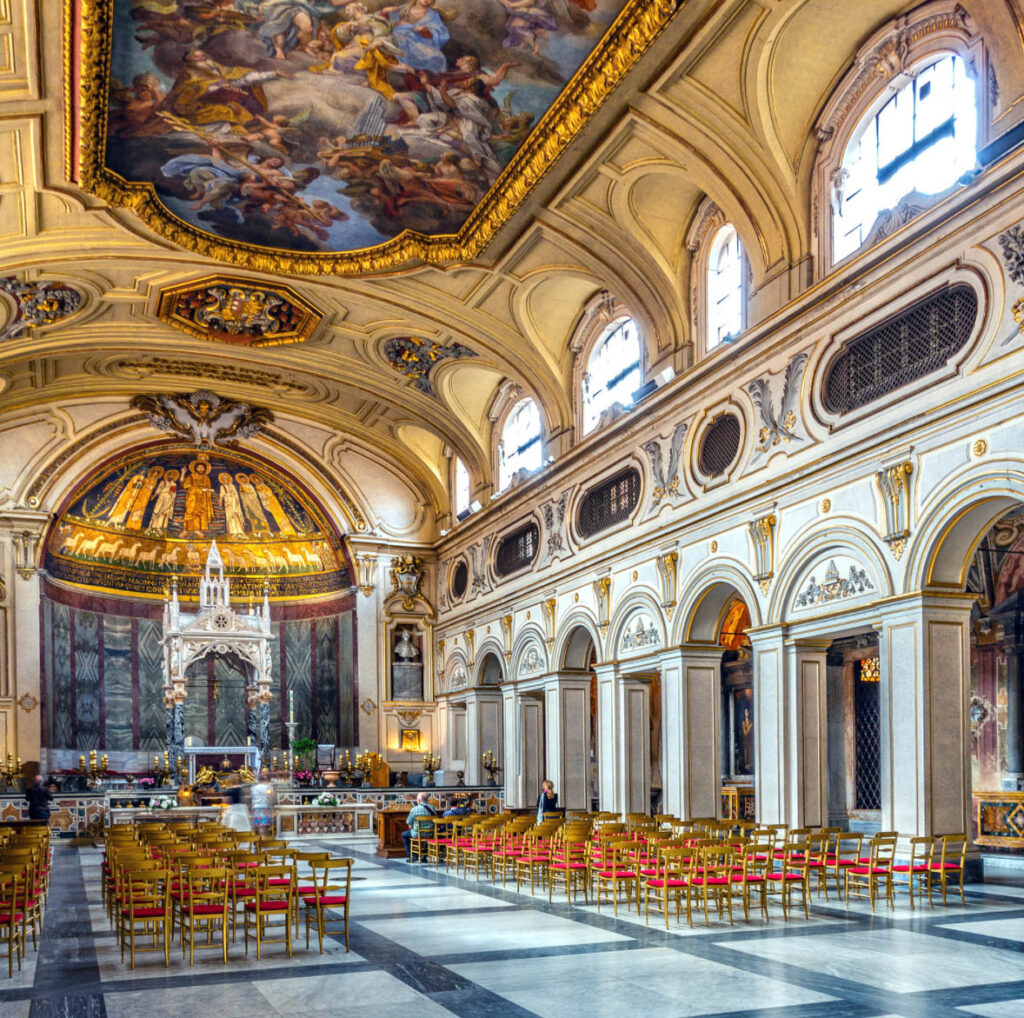 St. Cecilia is a Baroque sculpture by Stefano Maderno in the church of Santa Cecilia in Trastevere, Rome. This sculpture was created after the incorrupt body of St. Cecilia, a second-century Roman martyr, was found entombed under the altar of the church in 1600. After the discovery of the corpse, Cardinal Paolo Emilio Sfrondrato commissioned a renovation of the church, including a new tomb. Maderno’s sculpture replicates the position in which the preserved body was discovered 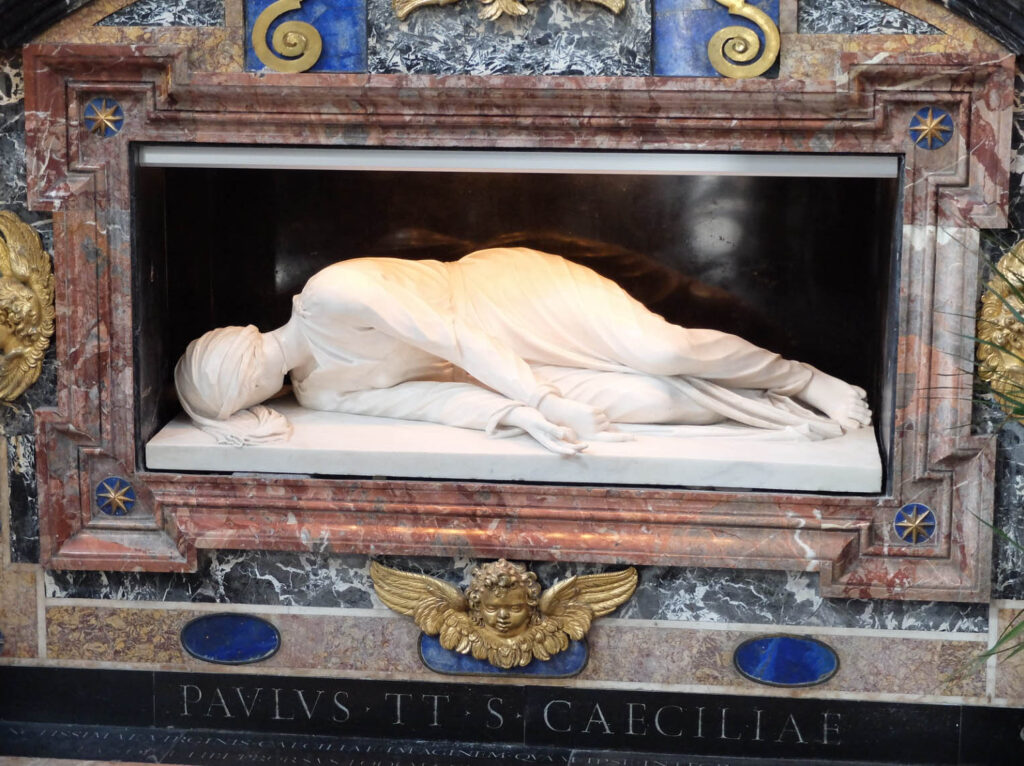