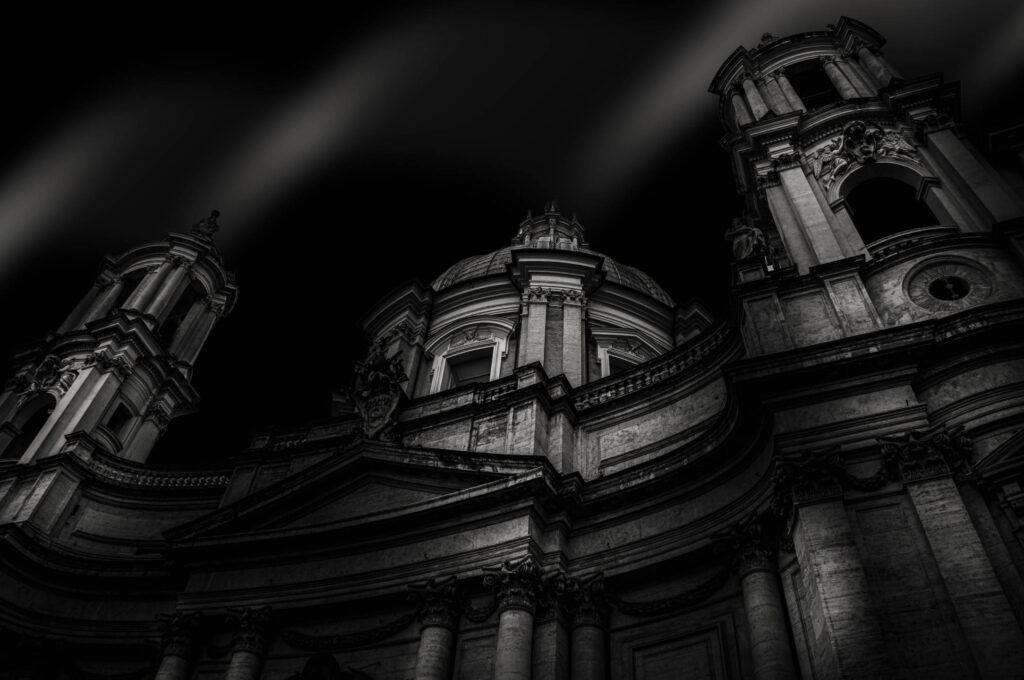 The church is built on the place where, according to tradition, St. Agnes, one of the more popular Roman virgins was put to the pillo-ry and displayed in all her nudity: her hair miraculously grew and covered her. The church, of medieval origins, was rebuilt halfway through the 1600s through the interest of Pope Innocent X. At first, the Pontiff commissioned Girolamo and Carlo Rainaldi (1652) to carry out the plan, but was not satisfied. The following year, the two were replaced by Francesco Borromini, who accepted for the most part, the ideas of his pre-decessors with regard to the plan and the arrangement of the interior (on-ly the altars between the main pillars and the balconies, the plan of the sacristy and the doors flanking the altar of it are by Borromini), radically changing, however, the design of the facade, conceived with a large con-cave front, that reconnects to the shape of the square which is the focal point. The two side campaniles frame the dome with the high tambour. 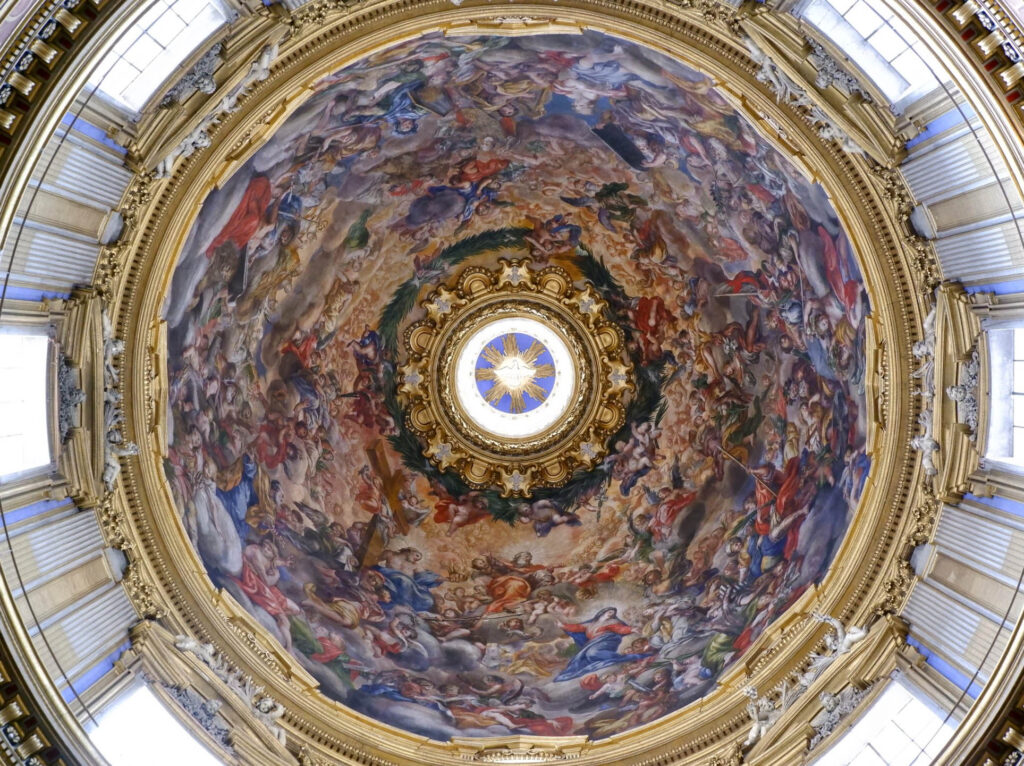 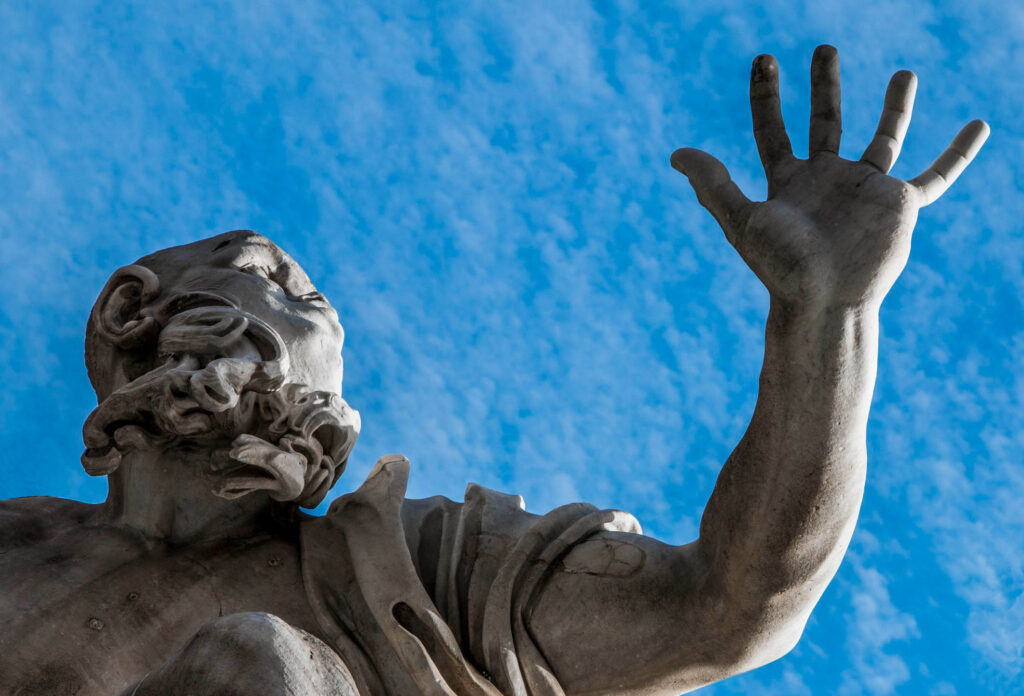 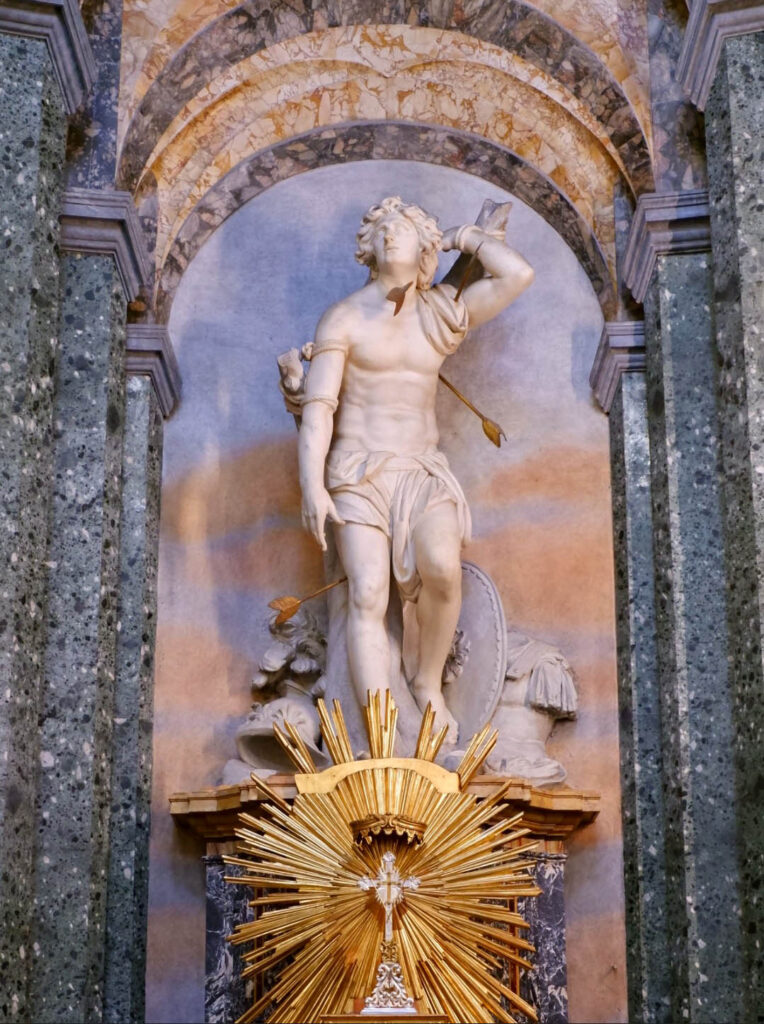