Excursion of Rome with private guide and car 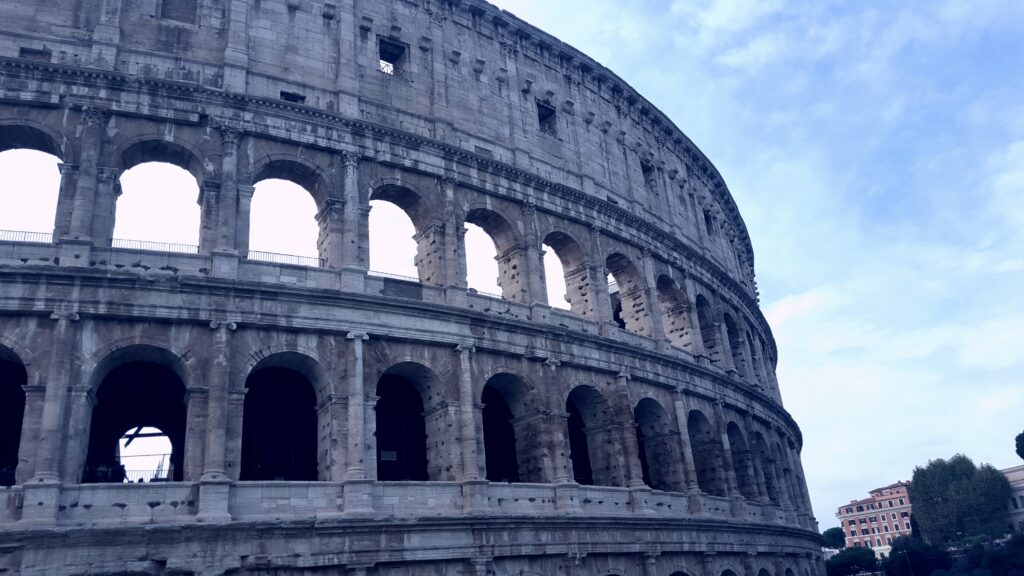 From the moment it was built, the grandeur of the Flavian Amphitheatre has conditioned Rome’s urban landscape and it still dominates the ancient centre. Its arcaded surface was chosen as the theatrical background to the Via dei Fori Imperiali. It was the first amphitheatre to be built in Rome in the form of a monument. In the Republican age the gladiatorial games took place in the Roman Forum, where temporary wooden structures were provided for the occasion. Vespasian, the founder of the Flavian dynasty emerged victorious from the civil war which followed Nero’s death in 69 AD. As part of a coherent political scheme, the new Emperor decided to dedicate the huge urban spaces and works of art appropriated by Nero to the public, for their enjoyment.

The inhabitants of Rome must have appreciated the building of the big amphitheatre in the centre of the valley, which had previously been the sire of the artificial lake made for Nero. The Judaic war, which had ended in 70 AD with the destruction of the temple of Jerusalem, provided the booty and the manpower needed for the construction of the building. It was Vespasian’s son, Titus, who inaugurated the amphitheatre in 80 AD, with a memorable gala and games lasting 100 days. The Flavian Amphitheatre was superior in dimensions and monumentality to all those previously built. It was 52 m high, like the northern side near the Via dei Fori Imperiali, which is still intact. The whole of the external wall was faced with marble slabs and decorated with statues in the arcades, and bronze shields hung from the attic storey windows. The organisation of the internal seating was strictly governed by the laws established by Augustus, through which spectators were seated according to their social class. The Colosseum was furnished with a sophisticated system of drains which fed the baths and numerous fountains required to keep the vast audience cool. In the amphitheatre there were various kinds of entertainment: fights between pairs of gladiators, hunts involving wild and exotic animals, naval battles and capital punishment executions by exposure to wild beasts, which were also suffered by Christians during periods of persecution. The losers could ask the master of ceremonies, whose decision often depended on the mood of the audience, for mercy. Once the building fell into disuse it gradually deteriorated, and in the Middle Ages dwellings and a fortress were built inside it. The marble facing was systematically removed. Since its redisovery in the Renaissance, the Colosseum has been one of the monuments which symbolise the grandeur of antique Rome.