The Basilica of Santa Sabina is situated on the ;lopes of the Aventine. Its foundations, which document almost a thousand years of history, testify to the lively building activity, which, in antiquity, had as its backdrop this hill which was then so rich in springs and vegetation. The Roman aristocratic families had built their sumptuous dwellings here, near the two thermal centres. 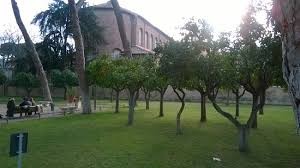 The crypt of Santa Sabina bears the traces of a Christian community, which was given hospitality in the house of a Roman matron, Sabina, who had been converted to Christianity by her slave Serafia and who was subsequently decapitated during the Empire of Vespasiano. Later, in the Early Middle Ages, the Aventine was selected by monks and the religious as the seat of their hermitages or little fraternal communities. In this context, from the fifth century onwards, one of the most imposing Paleo-Christian basilicas of the city sprang up. The fourth century floor of the former domus is all that remains of it, and it can be viewed through a grating near the entrance to the basilica, but many pieces of walling lie beneath the right aisle. The basilica was built in the fifth century and dedicated to San Domenico in 1222. Some restoration work was carried out in the 15th century, but it was the alterations by Domenico Fontana in 1587, at the time of Sixtus V, and Francesco Borromini in 1643, which would change the interior of the basilical complex fundamentally. Domenico Fontana demolished the schola canto rum, the iconostasis and the ciborium, introducing the main altar and large baldacchino. In the early 20th century Antonio Munoz eliminated these changes to restore the church to its original appearance. Three spacious aisles with solemn classical proportions, divided up by twenty-four Corinthian columns, create a majestic internal space based on Ravenna prototypes. This is one of the first basilica! exemplars where the columns bear arches rather than trabeations. Originally the church was faced in rich mosaics of which only a fragment remains above the door. There is a metrical inscription in gold lettering alluding to Pietro d’Illiria, who built the church, Celestine 1, during whose pontificate it was built, and to the Council of Ephesus. The walls of the church were also faced with marble inlay. 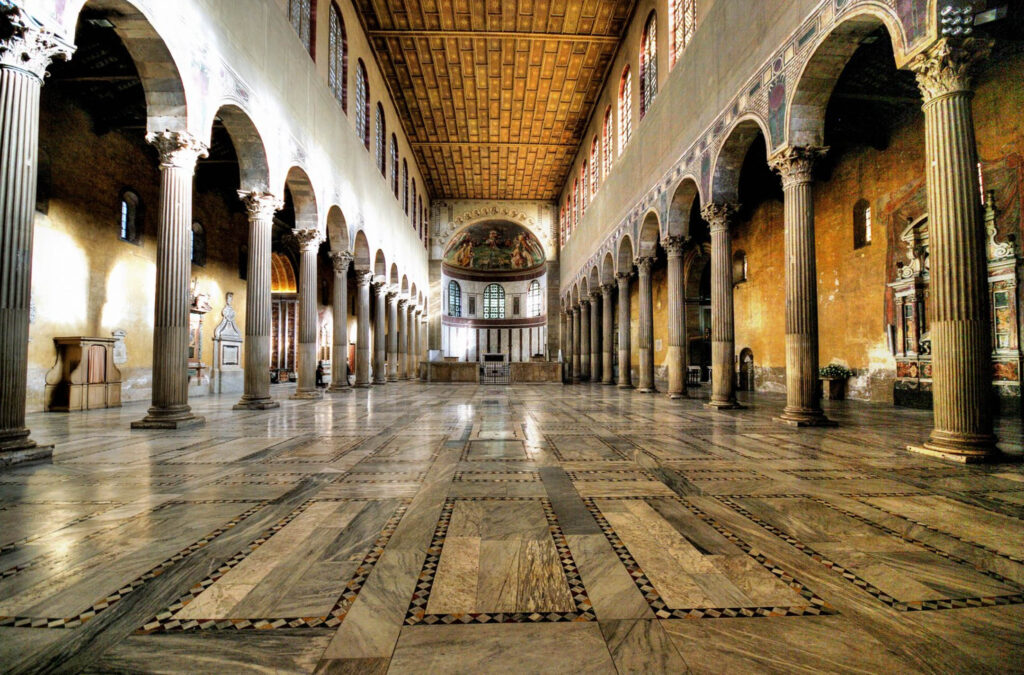 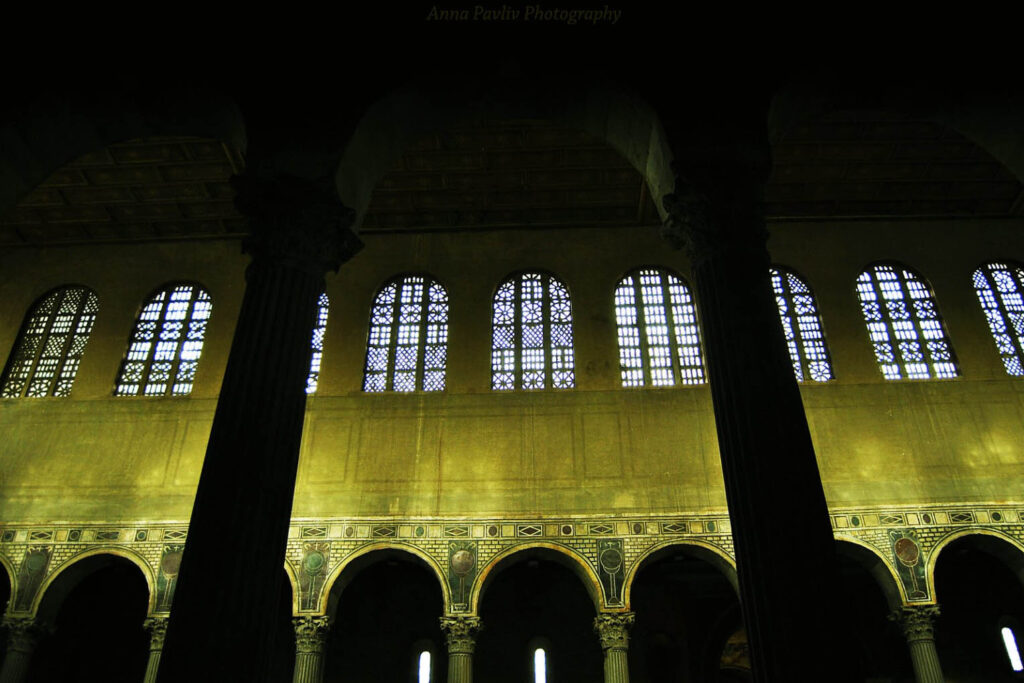 The ancient doors of the basilica of Santa Sabina

The ancient doors of the basilica of Santa Sabina in Rome are made from cypress, and date to c.432. Eighteen carved panels with scenes from the life of Christ remain, and one of them is believed to be the oldest representation of the Crucifixion of Christ 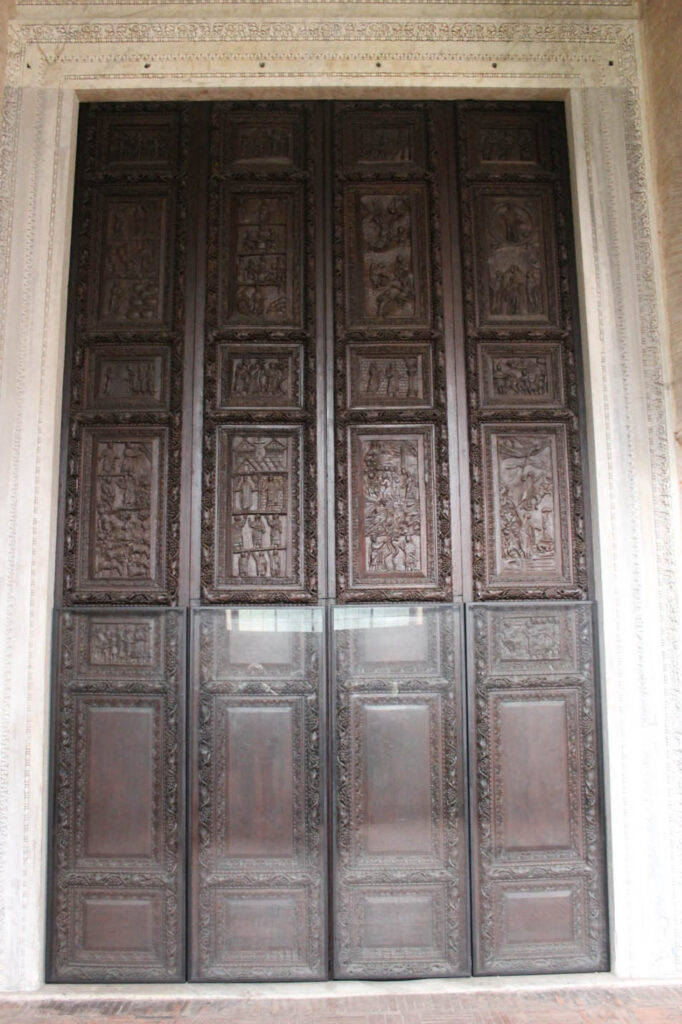 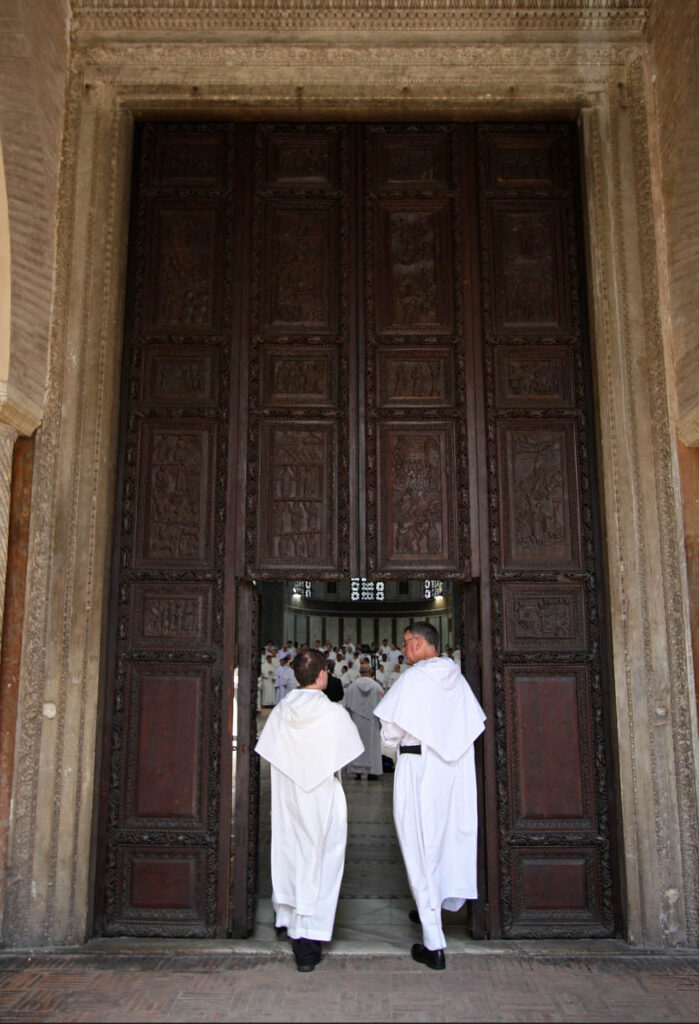 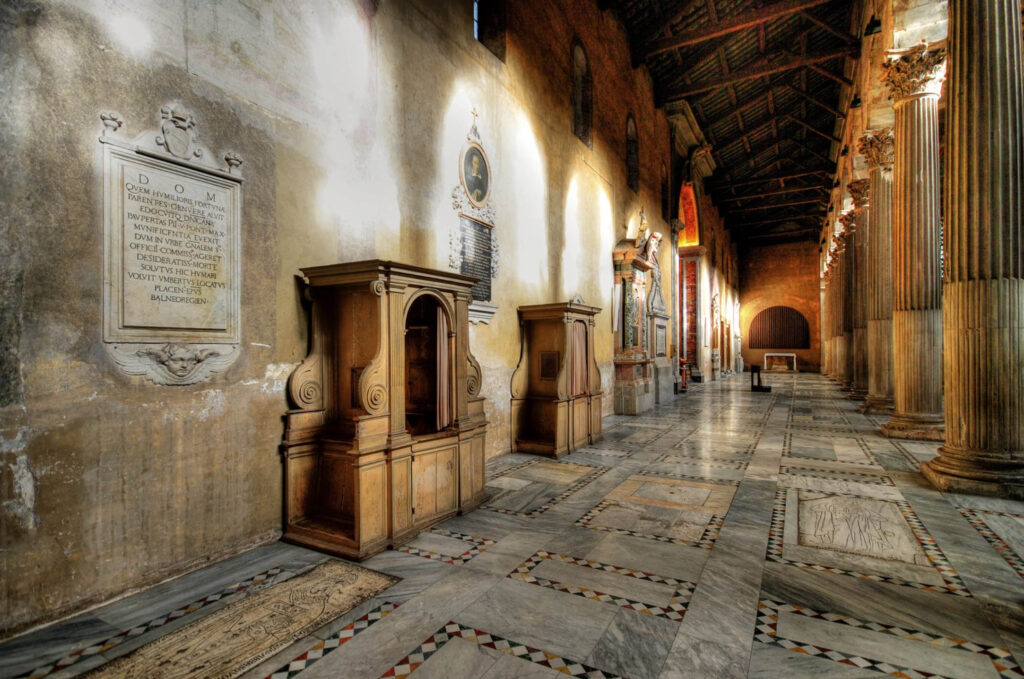 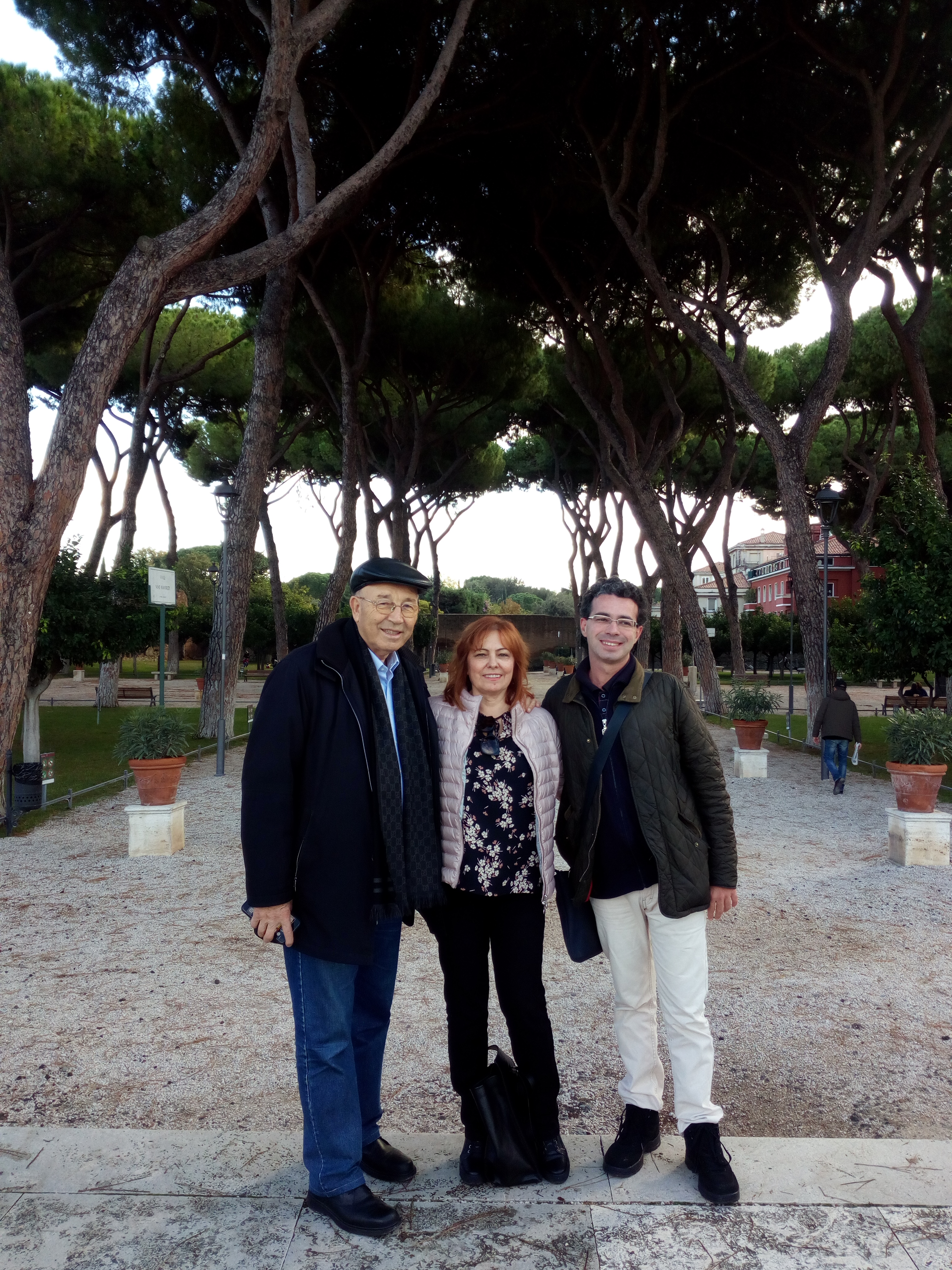