Private tour – The price dipend from the number of the pax and starting town. 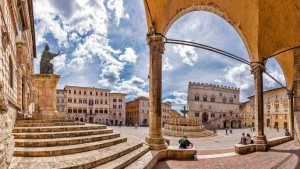 Perugia is the capital city of both the region of Umbria in central Italy, crossed by the river Tiber, and of the province of Perugia. Capital of the renaissance art and most important international art festival Festival dei due mondi – Umbria Jazz The history of Perugia goes back to the Etruscan period; Perugia was one of the main Etruscan cities. The famous painter Pietro Vannucci, nicknamed Perugino, was a native of Città della Pieve, near Perugia. He decorated the local Sala del Cambio with a beautiful series of frescoes; eight of his pictures can also be admired in the National Gallery of Umbria. Perugino was the teacher of Raphael, the great Renaissance artist who produced five paintings in Perugia (today no longer in the city) and one fresco. Another famous painter, Pinturicchio, lived in Perugia. Galeazzo Alessi is the most famous architect from Perugia…. 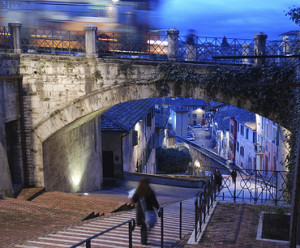 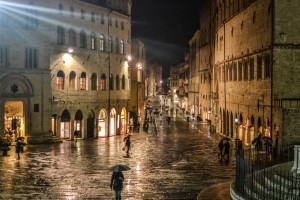 LUXURY PRIVATE TOURS FROM ROME and AROUND ROME – RUSRIM.COM
Small group tours in minivans ensuring the highest level of comfort. Our vehicles are fully equipped with all the options required for  long trips, including air conditioning.
An English speaking private guide will be at your disposal for the whole day and will arrange the most satisfactory tour with you.