Private tour of the Vatican Museum and Saint Peter basilica

Individual excursions in Rome and Vatican with private guide in English, French, Bulgarian, Russian and Ukrainian 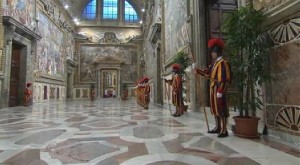 transformed into a courtyard. The courtyard was designed by Donato Bramante, Nvho had drawn in-spiration from literary descriptions and the remains of villas and ancient palaces to recreate a natwal  environment wills the ancient 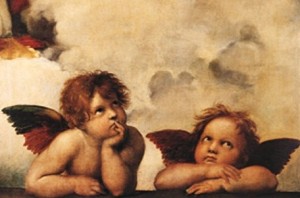 marble stat-ues placed amongst orange, lemon, myrtle and has trees accompanied by a continuous flow of water from Ilse fountains. The classical statues were harmoniously positioned along the walls of Use courtyard in niches and in the centre as part of the fountain. This environment edified mid delighted the men of letters and assists who cause to Rome as guests of the Pope to study classical antiquities. The 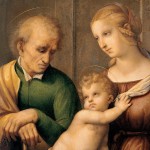 Belvedere Palace was built in the 15’h century for Innocent VIII (Cybo. 1-184-1492) as a papal summer residence. The view over the Ro-man countryside must have been spectacular. though it has now been replaced Its the sight of the city’s Prati and Trionfale areas. For the most part the original architecture has been retained. although Ilse Palace was altered in the 18th century. IVe can still reconstruct its original ap-pearance thanks to a series of drawings, engravings, maps and eleva-tions from the le and 17″‘ centuries. The main facade was dominated by a loggia with two avant-corps at the far ends and a craws of merlons running all the way around building. The Palace was actually part of a much huger complex. as this engrav-ing by Mario Cartaro clearly shaves. It can be seen on Ilse right, to Ilse north, with Ilse Garden holding Julius II’s statuses and its view over the roman cOuntr•side. On the opposite side to use south we cars sec the complex of the Papal Palace, first built by order of Pope Nicholas III  (Orsini. 1277-1280) who look into consideration the potential of the Vatican in becoming the fixed papal residence, fully aware of the importance of living in proximity to Peter’s tomb. The former papal residence was the Lateran and it was only after the Avignon Exile (1300-1377) that the Pope lived permanently at the Vatican. This illustration also Shows the connecting courtyard designed by Donato Bramante. Bramante and Ain. 11 were able to come to it unique understanding as their inten-tions converged to satisfy one in his search for a universal architectural language and the other in his plan to recover the splendour of ancient Rome. brought to life again in a Christian setting. lit this case Bramante’s study and reintroduction of classical architecture in the expression of a universal language Nvas operative in Julius Is plans to reorganise the Papal Palace, Among the various renovation projects. the architect designed the Belvedere Courtyard to link the summer Palace , ith the …

were open to all kinds of figurative subjects and they particularly focussed on animals. partly due to more advanced scientific knowledge about their appearance and behaviour. The Hellenistic era was characterised by a great interest in the sciences and a predilection for carrying out all kinds of experiments in all fields of knowledge With people studying mathematics, geometry, geography, astronomy, medicine and botany. Moreover, art came to take on the characteristics of a mirror reflecting new developments. So why create a marble roof Its foundation was un-doubtedly favoured by 18 ,century naturalistic interests, in line with the new horizons reached by biological sciences and in light of the new encyclopaedic culture of the Enlightenment. As mentioned previously. some of the works of art here have been heavily restored, so this small museum within a museum can also be studied in terms of the trend for collecting rare and exotic objects as well as for the decorative tastes of the 10th century and the history of restoration. In a small loggia on the right, to the north. there is a magnificent bust of Pius VI contemplating his museum and little marble zoo. At the end of the 181″ century this MOM was known by,two names, the Room of the Rivers (Station (lei Vituni) and the Room of the Animals. Thanks to ancient prints we know that the renowned statues of the Tiber and the Nile stood here for some time. These personifications suited this environment extremely well as rivers, like animals, were considered to be part of the natural world. in contrast to the world of men. he-roes and gods, the main characters in the Pius-Clementine Museum’s other rooms. During the French plundering, however, the statues of the Tiber and the Nile were removed and taken to Paris for the new Louvre Museum, with only the Nile later finding its way back to Rome. Deprived of its rivers, the room took on the sole name of the Sala degli animali The tamed animals almost seem to come alive before our eyes, from birds, aquatic creatures, wolves, lynxes, lions and panthers to the group of deer being attacked by dogs and the sculptures of mythical beasts like the centaur, the griffin and the Minotaur. The collection is completed by figures whose names are indissolubly linked with animals, like Meleager, the brilliant hunter from Greek mythology mid Mithras killing the bull. There are also two ancient polychrome mosaics set in the paving with still life scenes of flora and fauna. last but not least, let its not forget that this repertoire of animals before its also holds a wide, though not complete, selection of marble as the sculptors used large quantities of coloured varieties to make the ani-mals seem more lifelike. This room allows its to understand the Greco-Roman world’s rapport with nature seen from a mythological, bucolic, hunting and zoological point of view, with the portrayal of exotic and rare animals extraneo to local wildlife, and also from a geological point of view, thanks to variety of the stones.

one part of the corridor, the cycle of mural paintings dedi-cated to the Maps. The main figures behind its design and creation at the end of the 16h century were Pope Gregory XIII (Boncompagni, 1572-1585), who wanted to dedicate a cartographic picture to the NI. hole of Italy, and the cosmog-rapher and mathematician lgnazio Danti. who painted the cartoons of all the geographical panels and managed the whole project. Girolamo Muziano and Cesare Nebbia coordinated a small army of painters and stucco decorators. The “signatures” of the two protagonists are clearly recognisable: the Pope’s coat of arms, a golden dragon on a red background placed over the entrance and exit to the Gallery, and the carllouche in which Tgnazio Danti signs the project, discernible on the first map when entering

from the right, north of the Sallentina Hydramti Terra (Southern Puglia). The innovative nature of the Gallery The custom of decorating the walls of monumental buildings with depictions,of maps can he traced hack to ancient Rome. This trend continued throughout the Middle Ages hal when compared with similar rooms from the time, the Vatican Gallery laid claim to undisputed originality both in terms of its considerable size (120 metres long) and more es-pecially its display concept. The maps of Italy were set out along the walls in such a way as to form a three-dimensional model of the whole peninsula. The two long walls hold the regions touching the Adriatic coast on the right and those touching the Tyrrhenian Sea on the left. The cartographer Danti prepared the cartoons of the 40 panels he and Pope.

residence was concerned. Even when the popes lived its the Lateran, they considered the Vatican area to be of the utmost importance and soon acquired a residence next to St. Peter’s Basilica which would allow them to be near the Prince of the Apostles’ tomb. The earliest available information dates back to the 5. century AD to the thne of Pope Symmachus (498-514 AD), who built the first buildings destra temple of St. Peter’s, that is to say along the north and south sides of the Basilica, although it seems as if these buildings fell into disrepair soon afterwards. When Pope Leo IV (847-855) had a series of great walls built, the Vatican area started to become a safer place than the Lateran, but it was only after the year 1000 that a palalium novum was constructed on Symnsa-chus’ old avorksile, extended years later by Pope Innocent Ill (Lotario di Segni, 1198-1216). This construction stood on the slopes of

the mons sac-corum, a hill to the north of St. Peter’s which is now the Courtyard of St. Damasus (Cottle di San Damaso). It looked like a small fortress and had a tower which corresponds to the current Chapel of Nicholas V (Cap-pella Niccolina). The building grew considerably under Pope Nicholas III (Orsini, 1277-1280), who began the construction work near the Parrot Cotut.curd (Car-tile del Pappagallo) (1). II was at arotuld this titne that the Vatican began to be thought of as a possible permanent papal residence, especially con-sidering how important it was for a Pope to live next to St. Peter’s tomb. Consequently, the Popes began to live permanently at the Vatican and its an intentional move, none of the official acts issued by Nicholas III are dated from the Lateran. The only part of Nicholas II s building open to visitors today corresponds to the Chiaroscuro Room (Sala dei Chiaroscuri) in the Chapel of Nicholas V and the Hall of Constantine (Sala di Costantino). The Palace of Nicholas III remained unrutished. Finally, there was apomeriunz next. to Palace, a walled orchard-garden which stretched from the mons saccortun to the lop of a hill to the north which is now roughly equivalent to Bramante’s great Belvedere Courtyard. courageously tackled the problem of the deterioration of St. Peter’s Basilica, calling in the architect Leon Battist.a Alberti and, as mentioned above, lie was an active contributor to the enlargement of the Papal Palace with the construction of a wing which closed off its perimeter creating the Parrot Courtyard. The new north wing built by Nicholas V included grana-des and nine cellars on the ground floor, the rooms now occupied by the Borgia Apartment on Use second floor, and Julius II’s apartment frescoed by Raphael above.

Private guides in Rome and Florence – Rusrim.com – Tours in Italy

PRIVATE  TOURS OF ROME and AROUND ROME – RUSRIM.COM
Small group tours in minivans ensuring the highest level of comfort. Our vehicles are fully equipped with all the options required for  long trips, including air conditioning.
An English speaking private guide will be at your disposal for the whole day and will arrange the most satisfactory tour with you.