Daily tour Tuscany from Rome with guide and car 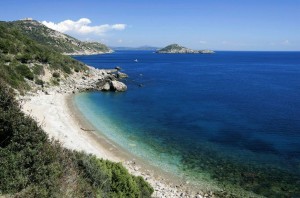 Ansedonia and Lago di Burano ANSEDONIA crouches under a rocky crag at the end of the Tombolo di Feniglia. Peppered with holiday villas, it has a long beach and, on the hill-top above the village, the remains of Cosa, founded by the Romans in 273 BC as a frontier post against the Etruscans. It was one of their most important commercial centres in the area until its population — according to the historian Rutilius — was driven out by an army of mice. Most of the old municipium was devastated by the Visigoths in the fourth century, and what survived was sacked by the Sienese in 1330. Recent excavations have exposed enough of the Roman colony to suggest some idea of its former layout. To reach the site, leave Ansedonia on the road east, passing a couple of medieval towers (converted into houses) and the so-called Tagliata Etrusca, a none-too-exciting series of cuts into the rock, believed to have been part of a system to drain the marsh-land. 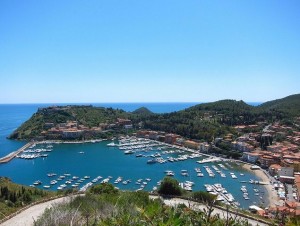 After about a kilometre, where the road bends sharp right, there’s a signed track to Cosa off to the left. You’ll find a ring of walls eight metres high in places, the remains of a defensive cordon of eighteen towers. There’s also the outline of the gridiron street plan, a forum (with basilica and senate discernible nearby), two temples and some recently uncovered mosaics and wall paintings. It’s worth climbing to the top of the hill, not only to see the remains of the acropolis, but also for line views across to Giannutri and Monte Argentario. If you need a local place to stay, there’s a hotel near the Tagliata, the two-star Vinicio, Via delle Mimose 86 (•0564.881.220, fax 0564.881.604;3). The best of Ansedonia’s restaurants is the quiet 11 Pescatore, Via della Tagliata (•0564.881.201; closed Tues).
Lago di Burano You can walk to the Lago di Burano along the beach from Ansedonia, or catch a slow train from Orbetello to Capalbio Scalo, less than 100m from the water. Technically a lagoon rather than a lake, Burano is a placid stretch of water, shielded from the sea by vegetation-covered dunes. Completing the scenic picture — which is captivating at dusk with the sun behind Monte Argentario — is a superb and mysterious-looking tower, the Torre di Burinaccio.